According to Glen T. Senk, the key to success is hiring and cultivating the right people. At a recent Wharton Leadership Lecture, the CEO of Philadelphia-based retailer Urban Outfitters underscored the importance of recruiting and developing a team that is a good fit for corporate culture -- and then listening to what those employees have to say, even when the feedback isn't always positive. "When you are the CEO, everyone wants to 'yes' you; no one wants to give you bad news," said Senk, who began working at Urban Outfitters in 1994 and took the top job in 2007. "But I have to pull [the bad news] out of them. I need to know what I'm doing wrong." Another tenet of Senk's philosophy is the importance of pursuing a career for the sheer enjoyment of the work, rather than for money. The wisdom of that viewpoint became apparent to Senk in 1989, when he successfully battled cancer. "You realize you have to take responsibility for doing what is right for you," Senk noted. "You have to live a life you want to lead." Senk added that focusing on living what he called an "authentic" life has paid huge dividends. "A lot of my friends who went on to be very successful in investment banking or law or consulting ... are not as happy as I am. There is not a day that I don't wake up bounding out of bed and can't wait to get to work."

The payoff to Senk's formula is evidenced by Urban Outfitters' rapid expansion. Over the last 10 years, the company's operating income has grown by 36% annually as the firm built a large stable of successful brands -- the core Urban Outfitters line aimed at women 18 to 30 years old; Anthropologie, a clothing and accessories retailer focused on women ages 28 to 45; Free People, a fashion-forward line of clothing and retail stores focused on women in their 20s; the Scandinavian-inspired modern apparel and footwear brand Liefsdoittir, previously sold at upscale department stores but now exclusively at Anthropologie stores, and new efforts in the garden and bridal arenas.

Although Urban Outfitters posted a 17% rise in net sales in 2010, the company has also been grappling with consumers' reluctance to trade in the skinny jeans and tunic tops that have been popular in recent years for the wide-legged pants and slimmer tops that now dominate the runway. Last week, Urban Outfitters posted net earnings of $39 million for the quarter ending April 30, down from $53 million last year. In addition, net sales were down 6% at Anthropologie and the Urban Outfitters brand posted only a 1% gain, although Free People racked up a 30% increase.

In March, the company reported a 3% decline in fourth quarter earnings for fiscal 2010, missing analysts' predictions for the first time in nearly two years. As a result, shares of the company fell 17%. Stephen Murray, global president of the namesake Urban Outfitters line, announced in April that he was leaving after a year. Senk is taking over his duties in the interim and told analysts last week that he plans to become more involved with choosing fashions and merchandise as the company attempts to turn the tide.

From the Concorde to Main Street

Senk's career at Urban Outfitters was almost a nonstarter. In the early 1990s, he left a position as senior vice president and general merchandise manager at kitchenware and home goods retailer Williams-Sonoma and decided to start his own business. While raising money for that venture, he met Urban Outfitters founder Richard Hayne. When Hayne tried to entice Senk to join his company, Senk initially took a pass. Instead, Hayne agreed to help bankroll Senk's as yet undefined new venture. "I was terrible at raising money," Senk noted with a laugh. But Hayne ultimately became a mentor to Senk, and when Senk decided to return the money he had raised to investors, he took Hayne up on his job offer. He started out running one store, the Anthropologie prototype outlet.

"I went from supervising 200 people, having two assistants and flying on the Concorde [at Williams-Sonoma] to running one store that did less than $1 million," Senk said. "I had a vision for myself and what it could be. And I believed so strongly in the culture [Hayne] had created at Urban."

Senk described that culture as one where creative, collaborative and curious people are given the freedom to operate almost like entrepreneurs. Diversity -- including diversity of race, religion and political views -- is also central to that vision. "Dick Hayne is a Republican," Senk noted. "I'm the first openly gay CEO of a Fortune 1,000 company." While Senk and Hayne may differ politically, Senk considers such disparity of opinion to be an advantage. "We believe as a company in hiring diversity, not because it is politically correct, but because diversity makes us stronger. I look for people who complement me, not [people] who look at the world the same way that I do."

Senk said the willingness of Urban Outfitters managers to debate with him and with each other drives the company's success. For example, 11 years ago, an executive at Anthropologie asked for funding to create a website for the company. Senk initially dismissed the notion, arguing that the brand's customers weren't likely to shop online. "The day it went live, we had [an impressive number of] hits," Senk recalled. "You want people who are challenging each other."

In fact, Senk described Urban Outfitters' culture as one of consistently testing the status quo and thinking entrepreneurially. Members of the company's merchant team are encouraged to take one trip every year to a non-traditional location -- Brazil or Africa or Thailand, for example -- to hunt for new ideas and concepts for the stores. Each store functions essentially like a small business; managers are free to experiment with the merchandising and presentation in their stores. The company does, however, closely measure the performance of each location. "We are constantly looking at who is [at the top and who is at the bottom of the] rank and what can [we] learn from the more successful people," he noted. "We are gut driven -- but we verify with data."

'The Theater of Retail'

Senk learned the importance of discipline at an early age. He started riding horses when he was just nine years old and was competing on a national level by the time he was a teenager. "It doesn't matter what you tell the horse as long as you don't change your mind midair," Senk said. Managing a large workforce is in some ways similar. "I can't wake up one day and want one thing, and wake up another day and want something else. You have to have very clear priorities and be very consistent. The fastest way to lose people is to give them a different set of objectives every day."

Senk's winnings from those competitions helped to pay for his undergraduate studies at New York University and his MBA from the University of Chicago. While in business school, Senk decided he wanted a career in retail. "When I was getting my MBA, I did a little bit of work with Quaker Oats and I didn't like it. It was too slow for me. I love the theater of retail. I love that I can control every part of the experience -- the product itself, the pricing, the way the product is sold, the way we communicate and so on."

Early on, Senk set his sights on landing a job at Bloomingdale's. He described calling the company 46 times asking for an interview before he finally got one. After graduating from business school in December 1980, he started with Bloomingdale's in January of 1981, staying with the company for nine years. He decided to leave when he realized the tremendous challenges facing the department store industry.

Senk went on to short stints at Habitat, a London-based home furnishings retailer, and Williams-Sonoma. The mistake in both cases, he noted, was that he was a bad fit for the cultures of those companies. "If it is not a culture fit, you probably will not do well. Spend time in the lunch room, spend time with the receptionist -- spend time with the real people in the organization if you want to know what the culture is really like."

Looking forward, Senk sees tremendous opportunity for Urban Outfitters. While he thinks the Urban Outfitters and Anthropologie lines have enough penetration in the North American market -- growing too ubiquitous would hurt both brands' images, he adds -- Senk expects more expansion for those chains overseas. He also predicts that some of the company's newer brands, including Terrain for outdoor living and BHLDN for the bridal market, could become major presences. "Our goal is to do $10 billion in sales by 2020," Senk noted. "My guess is we'll have six to eight brands that are doing $500 million plus [in sales]."

Senk is also excited about how technology will revolutionize, not only e-commerce, but also the operation of bricks-and-mortar stores. Currently, the company is piloting a new mobile point of sale system in 21 stores which allows customers to make purchases in places other than the cash register. Senk envisions a future where stores get rid of cash registers entirely and use mobile devices to make shopping a more personal experience for consumers.

For all his success, Senk gives a lot of thought to his own weaknesses. "I have seen ego destroy so many people in many businesses," he noted. "You have to be humble and open to learning every day." Part of that, he argued, is being patient. "Thank you, Dick Hayne, for mentoring me for 14 years, so that when I became CEO, it was seamless. But thank you to me for being mentored for 14 years. I could have taken a CEO position at many other companies, but I was patient." 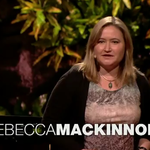 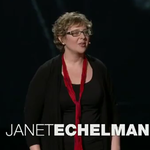 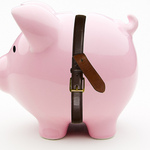