The Making of a Daredevil CEO: Why Stock Options Lead to More Risk Taking

Stock options are a critical element of CEO compensation -- making up one quarter of total pay for executives these days. But what does that mean for the risk profiles of the companies those CEOs lead? At the heart of that question are two opposing forces: There is a risk-tempering aspect to options, because when those options are "in the money" -- meaning the exercise price is less than the current market price -- the value of those options moves in line with the stock price. That tends to dampen risk taking because CEOs want to preserve the value of those options. At the same time, however, the downside of risk taking is limited because once the options are worth zero, they do not decline further in value if the stock price falls. And that limited downside increases the tendency to take on risk. A recent paper co-authored by Wharton finance professor Todd A. Gormley studied this issue by examining what steps CEOs took when hit with a sudden increase in business risk. The finding: The overall impact of options is an increase in risk taking by company leaders.

The research is laid out in a new paper, "CEO Compensation and Corporate Risk Taking: Evidence from a Natural Experiment," by Gormley, David Matsa, a professor at Northwestern University's Kellogg School of Management, and Todd Milbourn, a professor at Olin Business School at Washington University in St. Louis. "Options do have an effect on risk taking," Gormley says. "That is something that should be factored into compensation structure by boards of directors."

To definitively answer the question of how options impact risk taking, Gormley and his authors had to control for one issue. If companies that relied heavily on options to compensate top managers had higher risk, there are two possible explanations. One is that the options created a greater appetite for risk. But the other possibility is that the boards of companies facing heightened risk tended to rely more heavily on options-based payouts for CEOs. To strip out this possible factor, Gormley and his co-authors decided to look at a universe of companies with set compensation arrangements that were hit by an unexpected increase in their risk profile. Having the introduction of a major new risk eliminated the question of whether riskiness caused heavy reliance on options.

The new risk the researchers examined was the federal government's decision to label a specific material -- one handled by company employees -- as a possible carcinogen. That sort of hit can be catastrophic to a firm's bottom line, according to Gormley. Consider asbestos. After the substance, which was used for decades in many professions related to the construction and building materials industry, was determined to be a cancer causing agent, the resulting litigation, insurance claims and damages bankrupted some 85 firms, with the total bill to defendant companies estimated at nearly $265 billion. "The concern for companies would be if some chemical they used was the next asbestos," Gormley notes. "That would bring significant legal liability and costly regulatory changes."

While asbestos is an extreme case due in part to its proven link to cancer and its widespread use, the estimated potential legal liability from a new carcinogen label averaged 5% of assets for the companies that Gormley and his colleagues studied. At the same time, the firms faced the possibility that use of a newly listed chemical would be restricted by the government, a step that could disrupt manufacturing operations and increase costs as the companies scrambled to find a substitute. Those hits posed a real threat -- the affected firms faced a 30-fold increase in the probability that they would become financially distressed. As the authors note in the paper, "workplace exposure to carcinogens can significantly increase a firm's risk of future financial distress and bankruptcy."

The U.S. Department of Health and Human Services publishes a report roughly every two years that looks at all compounds that may be cancer causing in humans and to which a significant number of Americans are exposed. Gormley and his colleagues zeroed in on chemicals that were added to that list in 1985, 1989, 1991, 2000 and 2004. "I had not heard of most of these substances, and it's not clear to me that investors would be aware of them, either," Gormley says.

At the same time, all the potential impacts of a new carcinogen labeling were long-term: Regulatory changes and payments to injured employees typically play out over years. Thus, the risk to the company's financial position was not immediate, giving managers the time to come up with a strategy for mitigating the blow. As their next step, then, the authors examined the strategies the companies chose to employ. When the risk to a firm's core business increases, a common tactic for managers is to reduce the volatility of their cash flow. The question was whether the use of that risk-reducing strategy would differ depending on whether the CEO had an options-heavy compensation package or one with relatively little in the way of options-based pay.

To find the right pool of companies, Gormley and his co-authors scoured a federal study called the National Occupational Exposure Survey, which documents workers' exposure to some 13,000 chemical, physical or biological substances. The authors then identified companies in industries with observed exposures to newly listed carcinogens for which they could find detailed CEO compensation figures. In the end, they concentrated on 69 firms. The researchers found another group of firms -- 207 in all -- that were in similar industries but unaffected by any new carcinogen labels.

While not all instances of substances being labeled carcinogens make front page news, they clearly pose a real risk to the companies involved. Trichloroethylene was labeled a possible cancer causing agent in 2000, for example. The chemical is used often by semiconductor "clean rooms." By examining the 10-K and 10Q filings of semiconductor companies, Gormley and his co-authors noted a marked increase in concern about the chemical. Between 1994 and 1999, for example, only one quarter of those filings mentioned both "exposure" and "liability," while nearly two thirds did so between 2000 and 2005.

The group studied the impact of a newly labeled carcinogen, like trichloroethylene, a number of ways. First, they looked at companies in industries where employees had been exposed to a chemical recently tagged as potentially cancer causing versus firms in industries that did not have exposure. The question was whether firms with a potential exposure would try to cut their risk by stabilizing their cash flow. "The volatility of cash flow went down for those firms with a potential exposure," says Gormley. "They were trying to reduce their risk." The firms in industries that did not use the chemical tended not to make those cash flow stabilizing moves. A further analysis of mergers and acquisitions activity during the period revealed that the key mechanism for slashing cash flow volatility was diversifying into new businesses.

Given that the typical response to a major new headache was to eliminate nasty swings in cash flow, the researchers then asked whether options-based compensation changed that equation. They cut the group of companies where workers were exposed to a potential carcinogen into two segments: Those where the CEO received a lot of options, and those for which CEO compensation had a below-average use of options. In the first case, where the CEO had an options-heavy package, cash flow volatility did not change and was similar for firms that had no exposure to the chemicals. Those CEOs did not try to cut risk in response to the new potential liability. But firms where CEOs had relatively few options did, in fact, cut their cash flow volatility -- a clear signal they were taking risk-reducing steps.

Upon digging deeper, the co-authors found that firms where executives had options that were in the money -- or options more akin to straight equity -- took steps to cut risk more than those whose executives had options that were out of the money. "Our results provide tangible evidence that variation in compensation contracts can cause meaningful differences in corporate decisions," the authors write.

If options tend to increase risk taking, the next question is whether that is better for shareholders. The answer is unclear, Gormley says. "When firms get into financial distress, it can be very costly," he notes. "In 2009, when the U.S. auto companies were struggling, they began losing customers because people didn't want to buy a car from a company that might not survive. And morale was very low. Even without [firms] going into bankruptcy, those financial problems can destroy a lot of value. In that kind of situation, diversifying into other businesses may offset some of that. But in other cases, when those additional pressures are not present, diversifying may mean moving into businesses where you have little expertise -- something that can hurt shareholders."

Gormley points to the case of defense contractor General Dynamics as an example of risk paying off. When the defense industry was in decline in the 1980s, General Dynamics bucked the trend of diversifying into new businesses. Though a diversification strategy would have cut risk, General Dynamics instead downsized and remained focused on defense. Not surprisingly, the company's management had options-heavy compensation. In the end, the riskier strategy paid off, with General Dynamics generating a 550% return to shareholders over a two-year period, far outstripping its rivals.

According to Gormley, the research also sheds some light on the recent financial crisis. One question that has loomed large in the aftermath of the recession is whether the way financial firms structured compensation helped to drive some of the reckless behavior that led to the economic meltdown. Research has shown that senior executives at financial firms have a large part of their compensation in the form of restricted stock -- securities that, like straight equity, tend to reduce risk taking. But at the lower levels of those firms -- areas like sales and trading -- a large chunk of compensation is tied to bonus pools. Like options, those bonus pools have a large upside and limited downside. After all, once the pool is worth zero, managers have little to lose. That sort of compensation does, in fact, encourage risk taking, Gormley notes.

The research provides important information for the boards of directors of U.S. companies, he adds. "There is some evidence that boards aren't aware of the impact options have on risk," says Gormley. "If you want to encourage more risk taking, you would want to give managers more options. But if you want to discourage risk taking, you would give fewer options and more stock." 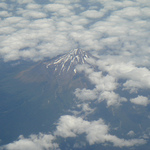 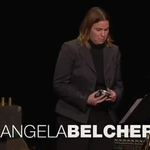 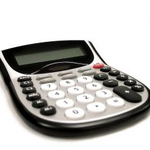 When we learn we create our personal technology