With the financial crisis forcing governments around the world to tighten their belts the call for welfare reform is growing stronger. In Australia, teenage parents could lose welfare payments as soon as six months after the birth of a child under a “tough love” scheme designed to prevent them getting stuck in a life of dependency. The quarantining of welfare - whereby 70 percent of a beneficiary’s income is used for food, housing, clothing, health care, and in the best interests of their children - is to be extended after the initial trial showed income management has had a positive impact on the lives of vulnerable families. And work for the dole programmes will be extended, eligibility rules for disability benefits will be tightened, and there will be a crack down on benefit fraud.

In Britain, the new government is pledging to "end benefits culture" once and for all, through workfare schemes targeting the unemployed and those on incapacity benefits. They estimate that 500,000 “fit-to-work” sickness beneficiaries will be moved from welfare into paid work immediately, and another 600,000 would be capable of working with the right support. In addition, they are planning to simplify the welfare system by moving to a single benefit.

Harmonising benefits into a single benefit was also a key recommendation by the OECD in a report published last November in which they suggested that the move would stop the on-going transfer of people between benefits and speed up their return to work.

As we look to this week’s budget and November’s general election, it will be interesting to see how committed our government is to comprehensive welfare reform. The problem we face as a country is that, as a result of ad hoc changes to the system over the years, welfare no longer provides long-term security only to those who are genuinely unable to support themselves. Many who are able-bodied and capable of working now stay on welfare in the long term. In 1960 there were 50 working New Zealanders for every person on a benefit. Now there are ten. The welfare burden has become unsustainable.

According to Treasury, the total cost of cost of welfare (excluding superannuation) for this financial year is $13.2 billion. This is expected to rise to $14.1 billion in 2015, eclipsing health to become the country’s highest area of government spending.

Statistics published by the Ministry of Social Development show the total number of people receiving welfare benefits at the end of March was 331,529. Of those, 113,077 were receiving the Domestic Purposes Benefit, 85,055 the Invalids Benefit, 59,940 the Unemployment Benefit, and 59,582 the Sickness Benefit. Some 13,875 people were receiving other benefits including the Widow’s Benefit, the Independent Youth Benefit, and Emergency Benefits. Over 125,000 beneficiaries have been receiving welfare continuously for more than four years, with 60,000 receiving it for more than 10 years.

Most people who sign up for welfare support don’t stay there very long. The largest proportion need a helping hand when times are tough but once they sort themselves out they move back into employment. However, welfare becomes a serious problem for society when it impacts on family structure and functioning, creating incentives for family breakdown and intergenerational dependency. The results can be devastating: “Hawkes Bay children are among the country's poorest. Half the region's babies are Maori and 56 per cent are born into the most deprived 30 per cent of families. Three-quarters of the children admitted to the region's hospitals are Maori or Pacific and three-quarters are from the poorest three deciles.”[1]

The reasons why people don’t move off welfare are complicated. In many cases it is because the incentives in the welfare system make it too hard to leave. Some are financially better off on welfare than they would be in work. Others do not feel “ready” for employment - they may not have the skills or capabilities to hold down a job, or they may be waiting for a higher paying job than those on offer. Some, of course, are busy rorting the system, seeing welfare as an income steam to supplement what they earn in the cash economy.

A classic case was that reported in January of the former gang leader Darryl Harris who had been on a sickness benefit for 26 years - supposedly for cannabis addiction. Taxpayers had been paying Mr Harris and his wife a benefit continually since 1984. In addition to a benefit, they had received $30,000 in special needs grants since 2000, to fund new tyres for their 2007 Chrysler saloon, and build a fence around a swimming pool at one of their properties.

Then there was Ronald Brown, a career criminal jailed in February for drug offences, who had been on unemployment and sickness benefits for 20 years - in spite of owning six luxury vehicles and a bar in Auckland.

Or what about unemployed beneficiary Peter Freedom who took off for an around the world trip in April 2009 only to have his benefit finally cancelled in January 2011 - not because the local Work and Income office was hassling him about getting a job, but because the Government's new Future Focus reforms meant that everyone who had been on the dole for more than a year had to re-apply and be assessed.

The government convened the Welfare Working Group last year to review social welfare to see if the system improves social outcomes and is sustainable. They were asked to recommend changes to reduce the country’s long-term welfare dependency problem. What they found was that only one in three of those receiving benefits are required to undergo any form of work requirement. Is it any wonder that long-term welfare dependency is such a major problem for New Zealand? More than 27 percent of all working aged Maori were found to be on welfare, rising to 40 percent for Maori women in their twenties - who are mostly on the DPB. More than half of the sole parents on the DPB were found to have first become beneficiaries as teenagers. And with regard to the capability of the 144,000 people on the Sickness and Invalids Benefits to undertake some form of work, they estimated that as few as 20,000 would be unable to contribute at all.

The Welfare Working Group’s 43 recommendations provide a prescription for comprehensive reform, encompassing many of the initiatives being introduced by other governments around the world. They include the introduction of more stringent benefit assessments and stronger work requirements, simplifying the system by moving to a single benefit, introducing income management for the most vulnerable families, requiring teenage beneficiaries under the age of 18 to live under adult supervision, requiring drug addicts and alcoholics to undergo rehabilitation, and introducing stronger penalties for non-compliance with work requirements. They believe the number of welfare recipients could be reduced by at least 100,000 - about a third - by 2021.[2]

Welfare, as it is today, is unsustainable.  As a country we simply cannot afford to pay benefits to people who do not really need them. Nor should we be paying for the on-going supplementary payments being claimed by people who have learned to work the system – amounting to many hundreds of millions of dollars a year.

This is an issue that was preying on the mind of a Hamilton doctor who, along with other GPs, found himself on the frontline of this problem with patients who were claiming a “Child Disability Allowance” their children did not need. In a letter to the Minister of Social Development in 2009, Dr Tim Rooke, this week’s NZCPR Commentator, explained:

“A father came to see me for this benefit for ‘asthma’ for his three children. He had been told to do this by WINZ. On enquiry, I found out that none of his children required very intensive treatment, and decided that none of them met the requirement of needing ‘attention and supervision substantially in excess of that normally required by a child or young person of the same age and sex’. I told them that to meet the requirements, the asthma would need to be very severe indeed. I filled out a supplementary benefit form, allowing him to reclaim costs of medicines and consultations. The next day this client returned from WINZ with the Child Disability Allowance − Medical Certificate demanding that I fill it out. He had seen the WINZ officer who told him that asthma was on the list, and to go back to the doctor. I reviewed the case histories. None of the children were taking regular inhaled steroids, as would normally be the case for moderate or severe asthma. The benefits were declined. There followed a shouting match. At times, I felt threatened by the manner of this father. I did not hear from him again, and I assume he went elsewhere to find a doctor who was an ‘easy touch’.”

The Child Disability Allowance costs the country over $100 million a year. Dr Rooke believes it could be substantially reduced: “The child disability allowance was introduced to compensate families with children needing a lot of extra care, not merely the giving of medicine. The list of conditions should be drastically reduced. The new medical certificate would be issued only by a paediatrician. This would eliminate doctor shopping for a favourable opinion. If a disability is serious, it will be under a paediatrician. The fact that most of the present children receiving this benefit have not been near a paediatrician merely confirms that they are not that serious. Out would go asthma, eczema, attention deficit disorder, naughty child, vague psychological disorders and a host of other conditions that should never have been included in the first place.”

Dr Rooke and other doctors petitioned Parliament to suggest improvements to the system and to save taxpayers many millions of dollars – but their request fell on deaf ears and closed minds. You can read the commentary Child Disability Allowance: fraudulent and a case of governmental incompetence?

To successfully reform social welfare the culture of entitlement needs to be replaced with a commitment to personal responsibility and an understanding that while those who genuinely cannot provide for themselves should be given long- term assistance, general support should be temporary – a helping hand in times of need.

Despite the obvious need for reform, the resistance to change should not be underestimated. Welfare is a $13 billion ‘industry’. In their book The Tyranny of the Status Quo, Milton and Rose Friedman described the “Iron Triangle” made up of the beneficiaries of a particular policy who want it to remain, the bureaucrats who thrive on its very existence, and the politicians who introduced it and have a vested interest in its continuation. The iron triangle of welfare is extremely strong and it will take real courage and commitment to break it. But break it we must if this country is ever to prosper.

This week’s poll asks: What do you think is the MAIN reason why some people are long-term beneficiaries? 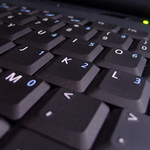 How Sustainable Is Groupon's Business Model? 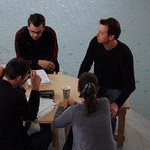 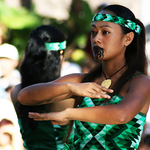