It has started – Maori tribal corporations are lining up to claim customary title of our coastline. Thanks to National’s  Marine and Coastal Area Act, the country’s foreshore and seabed - which has always been the birthright and common heritage of all New Zealanders equally under common law - has now been put up for grabs by iwi. As a result of media requests under the Official Information Act, reports are now emerging that claims for prime areas of the coastline are in the pipeline. Public fears that the new law would usher in a major resource grab are being confirmed. And the new law is barely two months old!

According to TV3’s Chief Political Reporter, Duncan Garner, “3 News can reveal two well-known beaches will be subject to Maori claims for customary title - under the Government's new foreshore and seabed law. One of them is in the Far North at Shipwreck Bay, the other is Kennedy Bay on the Coromandel Peninsula. Shipwreck Bay is one of New Zealand's best surfing spots. On the East Coast Ngati Pahauwera has also claimed the beaches north of Napier and south of Wairoa. Ngati Porou on the East Coast, Ngati Porou Ki Hauraki wants customary title over Kennedy Bay and Mataroa Bay on the Coromandel. And Te Whanau a Apanui wants title over an area in the Eastern Bay of Plenty.”

And Radio NZ reported, “Anxiety over access to beaches is surfacing again in the Far North as Te Rarawa prepare to claim ownership of 90 Mile Beach”.

In the lead up to the foreshore and seabed law change public fears about the privatisation of popular beaches were allayed by the Minister’s insistence that claimants would need to prove they had used the area “exclusively” since 1840. That clearly ruled out frequently used beaches and fishing or surfing spots.

So, is it rare and remote parts of the coast that iwi are lining up to claim? No, according to those news reports, it is iconic coastal areas like 90 Mile Beach in the Far North - a popular stretch of amazing shoreline that has been used continuously by tourists and locals for sightseeing, fishing, surfing, boating, and other recreational pursuits, for as long as anyone can remember.

And will the ownership rights being claimed be akin to a benign guardianship role? Again according to Duncan Garner, “Customary title will significantly empower those Maori who meet the test. They could charge commercial operators, veto developments and ban access under customary practices like rahui - that's when Maori close the beach. Finlayson concedes his law empowers Maori. It does give Maori more rights than they had under the previous legislation, he says.”

In an interview with Radio NZ, the spokesman for the iwi claimants of 90 Mile Beach explained that the National government had created a brand new right for them - a right which has never existed anywhere in the world before: “Until now there’s never ever been such things as customary title and from our point of view it’s a new one for New Zealand legislation and in so many ways it’s been untried and untested. We know lots about customary interest about how they’ve been expressed in the past but never before has the state gone outside the Westminster paradigm to create a new form of title. So for us it’s a new territory and I’m sure it is for the government as well and we have to really feel our way into it.”

So while most New Zealanders were led to believe that the so-called “customary title” that was at the heart of the new law was some ancient right that had always existed, it was in fact a brand new right created especially to satisfy the demands of the Maori Party and those iwi who wanted private ownership of our coast. The Attorney General, who wrote the law, had tried to justify his changes by claiming that the previous Foreshore and Seabed Act had created an injustice by overruling 164 years of customary rights common law development. But Canterbury University Treaty expert and law lecturer David Round rejected that: “It is completely untrue that the law of New Zealand recognised these rights for 164 years. The Ninety Mile Beach Case in 1963 held that these rights no longer existed, and that case came to that decision on the basis of the Harbours Act 1878 and the commonsense idea - repeated by one of the 2003 judges, J. Gault - that once the Maori Land Court had decided on title to dry land, that was an end of its jurisdiction, and there could be no other Maori owners to the foreshore.”

In other words, “Ninety Mile made it quite clear that since the nineteenth century this 'common law right' simply did not exist. That was the universal understanding, and many Acts of Parliament were made assuming that this was the law. It was only in 2003 that another court of appeal made a decision - a decision improper (because the Court of Appeal is usually under an obligation to follow its previous decisions) and political – and overruled the 90 Mile case. Only since 2003 has the 'common law right' Finlayson speaks of existed in our law. It was remade then by the judges. But even that Court of Appeal made it clear that it would only be in rare and remote cases that a Maori claimant would be successful.”

So while the Court of Appeal admitted that if any customary title still existed in New Zealand it would be rare and remote, it is clear that as far as iwi are concerned National’s new law has opened the floodgates to claims on any stretch of the coast.

Where next? Will it be Takapuna Beach, Raglan, Mt Manganui, Oriental Bay, St Kilder, or maybe the whole of Golden Bay? Or will claimants target areas where there are massive iron sand and mineral resources? After all, clause 84 of the Marine and Coastal Area Act essentially gifts mining royalties - that should be going to the government until any claim is finalised - to the claimant group from the time that their application is first lodged. We are not talking about insignificant amounts, as Stuff News reported: “Mining company Trans-Tasman Resources believes there is $2,300 billion worth of ore in its prospecting zone between the Waikato and Awakino river mouths, as well as off South Taranaki”. And that is only one claim by one company.

The point is that under no stretch of the imagination can areas like 90 Mile Beach be regarded as being used “exclusively” by the Maori claimants since 1840. If they had been forced to prove such a claim in the High Court - as they would have been obliged to do under the previous 2004 Foreshore and Seabed Act – the public could have been confident that such claims would have been thrown out of Court.

But under this new Marine and Coastal Area Act claimants will be negotiating their claims for the coast in secret with the Minister who consulted with them on what the law should contain! With no public or judicial scrutiny of the negotiation process, there are no guarantees at all that the Minister will not grant customary title to popular areas like 90 Mile Beach. Privatising 90 Mile Beach would enable claimants to get their hands on the lucrative coastal trade they have long coveted, so they can clip the ticket on fishing competitions, surfing contests, tourist operations and the myriad of other business that operate in the marine and coastal environment. That means that in spite of all of the assurances that there would be no charging for use of the coast, iwi are already counting the money.

At a time when the Treaty of Waitangi claims settlement process is finally coming to a close, with no public mandate the National Party has created a new grievance industry based on an invented customary right. What on earth have New Zealanders done to the National Party to deserve this?

Well, as you know, we are planning to fight this dreadful law through a Citizens Initiated Referendum (CIR) to repeal the Marine and Coastal Area Act and restore Crown ownership of the foreshore and seabed. We believe that all New Zealanders should have a say in whether they want their coastline privatised to iwi. If you haven’t already signed up to help collect the 300,000 signatures we need for our CIR to succeed, then I hope that these new revelations will encourage you to do so. We are hoping the referendum will be approved within the next few weeks. In addition, since running the whole referendum process is an enormous job, I do hope you will support our cause.

These were issues that I addressed in a speech on Friday to the North Shore Grey Power Association, entitled “Restoring Democracy”. Given the news that the floodgates for claims under the new foreshore and seabed law have been opened to include popular beaches, I asked this week’s NZCPR Guest Commentator, Colin Craig, a former Auckland Super City Mayoral Candidate, and advocate for binding referenda to share his views:

“Recently the Marine and Coastal legislation became law. A piece of legislation clearly opposed by the majority. Sadly if you made a submission it was a waste of time. The die was cast, the outcome predetermined. Do the “people rule” in New Zealand or do politicians work out their own agenda regardless of the will of the people.

“All is not well and we need a solution. Binding CIR are one way to limit government that is cost effective and a path that we have already started down. The framework (and understanding amongst the voters) is already in place, a simple revision of the Act is all that is required. Indeed in 1992 when the CIR legislation was introduced the National government at the time promised to review the “non-binding” status. Now would be a perfect time for review.” To read Colin’s full article “Making Referendum Count”.

Binding referenda would provide the New Zealand public with a safeguard to our democratic system that certainly does not exist at the present time. We have seen the need for it with the passing of the disastrous Marine and Coastal Area Act. In the lead up to the election, I wonder if there are enlightened politicians, who agree that referenda should be binding, who will speak out and convince their leaders to support this important cause?

This week’s poll asks: Do you believe the Marine and Coastal Area Act should be repealed? 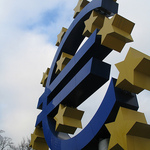 The Euro Zone of Denial Hits the Wall 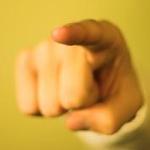 Pointing Fingers: Can Europe and the U.S. Work Together to Solve the Financial Crisis? 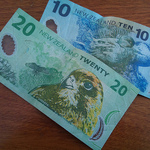