Navigating the Hype -- and Opportunities -- in Emerging Private Equity Markets

Ten years ago, private equity was a nonentity in China. Today, Chang Sun, Hong Kong-based managing partner of Warburg Pincus, has heard stories of firms raising "billion-dollar funds" in several months as opposed to the more standard year and a half. And it's not just the upper echelon of Chinese wealth that is getting in on the act. At a panel on private equity at the recent Wharton Global Alumni Forum in San Francisco, Sun recalled a trip for a haircut when "my barber told me that he was investing in private equity and that he expected to get 20-times return on his low capital contribution to a little-known local PE firm with a total history of about 30 days."

Stories like this are indicative of the great opportunity -- and potential peril -- that exists in today's global private equity landscape. As economies in Europe and the United States continue to struggle, the flow of wealth is moving east to China and India, and south to Latin America. Private equity firms are close behind, changing their business models to respond to worldwide growth in competition and a new, post-financial crisis investment climate.

When Frederick Goltz, a San Francisco-based partner at KKR, joined the firm in 1995, the company had 22 executives, one fund and two offices. Today, there are 14 offices across four continents and more than 300 employees managing myriad products that are separate from the firm's private equity business.

Other firms have expanded in a similar way. "The competition has grown more intense. We have been forced to rethink the way we've done business. We have moved from what was a pretty opportunistic model to where we have a very focused, proactive effort to win a particular industry group within a particular geography," said Goltz, who served on the panel along with Sun; Josh Harris, founding senior partner at Apollo Management in New York; and Octavio Lopes, a partner with GP Investments in Sao Paulo, Brazil.

Rethinking the firm's business model required a "mindset change," Goltz added. "We found as we moved from a general private equity business to a more specific private equity business that there were more opportunities than we could fit within the narrow perimeters of a PE deal. The reality is, for all the stars to line up for a change-of-control PE transaction is a pretty low hit-rate business. I did a lot of work on things that got put into a filing cabinet never to be seen again."

The vehicle for creating value within the industry, too, has changed, according to Goltz. "Fifteen or 20 years ago, it was all about taking advantage of arbitrage opportunities or engaging in situations through leverage. The model is very different now.... I don't use financial engineering as a derogatory term, but the reality -- given the competition in the industry -- is that it can't be the only mechanism for value creation. Private equity leaders are the ones that focus systematically on making their portfolio companies better."

Another challenge is navigating today's often "overvalued" investment environment, Harris said. "Every time I pull the trigger on an investment, I think about the financial crisis and what we all went through; but the bond market doesn't."

Why are the markets up? "The Fed, the EC [the European Commission, the executive body of the European Union] and other governments are printing money, so there's a wall of money," Harris noted. "PE itself is overvalued. The wall of money is hitting all of these markets and the key is to differentiate yourself in terms of special skills, and being in businesses where this overvaluing ... isn't really hitting you."

That "wall of money" is masking weak points in the economic recovery in the U.S. and the inherent risk of many investments, according to Harris. "We actually don't find that many deals that come out of our model with a 20% return. We're not doing a lot with regular rate private equity. In past recessions, in past financial crises, the financing environment came back and the purchase prices lagged. What we're seeing now, because of the wall of money, is that purchase prices immediately snapped back or never went down, so it's somewhat of a treacherous environment for the PE player."

Harris said some of the strongest investment opportunities currently can be found in distressed industries, or in industries where there is a significant number of forced sellers. "There's a lot of shifting in the major energy companies and the major metal companies are selling certain types of their portfolios. There's a big opportunity in the liquidation of European bank assets. Many countries in Europe have woken up to the problems in Ireland, so you see big banks selling everything from loans to distressed debt to businesses."

There is also what Harris described as a "massive" opportunity in the American real estate market, where prices continue to slump. "Banks have not yet recognized many of the steps they have to take. There's a lot of debt owned by the banks, and as they earn enough income to write it down, you will see it come out and see the real estate market de-leverage."

But Harris noted that in most emerging markets, "big global firms are faced with a situation where too much capital is chasing too few deals." He added that there is a "little bit of a bubble-like" feel in many of these countries. "In Brazil, China and India, a lot of people get funded who shouldn't be funded, and it's fraught with peril."

In Latin America, the first large PE funds began to emerge in the mid 1990s, according to Lopes of Brazilian firm GP Investments. "There was a lot of interest in Argentina and Brazil.... There were probably five big firms doing investments in Latin America, plus all of the traditional immersion banks. Most people lost all of their money in the Brazilian economic crisis [of 1999], so the industry almost disappeared in the late 1990s and early 2000s."

As the Brazilian economy and others in Latin America began to grow, however, the industry was able to make a comeback. Funds are now expanding and so are the size of investments. Still, Lopes described his firm's activities as very traditional-style private equity. "We buy traditional companies of a decent size -- maybe $100 million to $300 million [in annual revenue] -- that have issues surrounding them related to shareholders or [mismanagement], or the capital structure has problems. We usually do not get involved with companies that are well-managed or are doing really well because they have always been expensive and are even more expensive nowadays."

He noted that the number of investment targets with those requirements has increased significantly in the past five years. For one thing, many businesses in Latin America are family-owned and have aged into the second and third generation, a time when conflicts over succession and feuds at the executive level are more common. For another, businesses in Brazil are becoming more valuable.

"Probably half the companies we are targeting today, we didn't know about five years ago because they were too small," Lopes said. "You're seeing companies that had $100 million in revenues five years ago and now have $300 million to $400 million," but lack the management teams and technology to effectively deal with that expansion. "That's the type we like -- a company that needs a lot of change. In terms of targets, I've never seen anything as positive as the environment we're seeing right now."

One of the reasons that Lopes' firm steers clear of investing in companies that are already strong overall is that it would then have to compete with multinationals eager for a piece of the rapidly developing Brazilian market. "If you are an international firm, Brazil generally looks easier than Asia," Lopes pointed out. "It's a very Western country. Consumer trends are very similar to the West. Labor regulations are complicated, but similar to what you have in the U.S."

In China, a 'Paradigm Shift'

The hopes of Sun's barber are an example of the high expectations surrounding the Chinese private equity market. According to Sun, the industry had few options in China prior to 2003, "mainly because the private sector had not developed, and most of the opportunities present were in the state-owned companies, where the objective was to provide employment rather than profitability."

Exit paths were also limited because hardly any Chinese companies were publicly listed. "In China, the whole history of capitalism started in the late 1970s and the early 1980s," Sun noted. "There were few managers available to become PE managers."

Over the past eight years, however, the private sector has blossomed in China and created a new class of entrepreneurs who have built their fortunes in industries such as real estate and technology. Three decades of overseas investment in China have given rise to a pool of qualified professionals who understand the private equity model. Chinese companies increasingly have sought to become listed on Nasdaq and other international stock exchanges.

Finally, private equity has become more accepted by the business community in China as a viable funding alternative. "Before 2003, people in China preferred strategic investments from Alcoa, from Coke, from IBM because [those companies] provided technology as well as capital," Sun said. "Today, Chinese companies are coming up with innovative technology and want more help on the managerial side and less on the technical side."

Private equity in China currently is going through what Sun described as a "paradigm shift," with firms coming to the country and trying to raise funds denominated in the local currency, the renminbi, in addition to the U.S. dollar. "The Chinese government is becoming a lot more confident and is resisting foreign capital. Chinese businesses are starting to prefer domestic funds as opposed to foreign funds," Sun noted. "Foreign funds are feeling the pressure, and most international funds are seeking to raise local currency denominated funds."

The Chinese government has also adopted policies to discourage foreign listing of domestic companies, launching the Chinese Nasdaq as an alternative. "Firms like ours used to raise money offshore and invest in China, and then come out again by going public in New York or Singapore or Hong Kong," Sun recalled. "Now, the whole thing can be done in China. You can raise money in China, invest in Chinese institutions and go public in China, all in local currency. That's a paradigm shift, and everyone has to adapt."

Key to that adjustment is keeping a cool head in the face of the "gold rush mentality" that has developed in the sector, Sun noted. "Everyone is chasing the 50-times return ... but that era is coming to an end. We have to realize that China is still essentially a planned economy. It's still a communist country trying to do capitalist things."

Sun also stressed the importance of foreign investors doing their due diligence before making deals in China. "People get off the plane, and they see all of the signs of wealth and they get too excited," he noted. "Our gestation time for every deal is six to nine months. Most of that time is spent with the entrepreneurs, going on vacation with them, going to staff meetings. The company can fool you with the numbers. But if you spend enough time with the co-workers, with the peers, you'll find out what their thinking is." 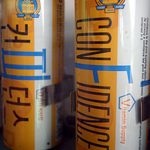 Research Round Up: Overconfident CEOs, How to Boost In-store Sales and the Role of Nerves in Negotiation 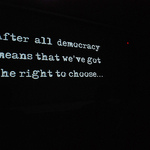 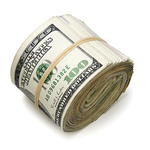 The Choice Between Voice and Exit: The Effect of Liquidity on Shareholder Commitment