A Recipe for Disaster

“Is it a pre-requisite to be an idiot to run for local body politics? New Plymouth’s Mayor Andrew Judd has dreamed up the idea that the law should be changed so that half of all councillors are Maori. He’s already wanting to create a Maori ward. He bases all of this on the Treaty
– the same Treaty the Tribunal suggested hadn’t ceded authority to the British.

“Top tip for the Andrews of this world: firstly, councils are in the business of mowing lawns, collecting rubbish, not for social and historic engineering; secondly, no country’s future is based on segregation – or giving one race a false hope, or false start, or false advantage based on nothing
more than skin colour.

“This is a recipe for disaster and acrimony, and New Plymouth
- not to mention the rest of the country – deserves a hell of a lot better.” 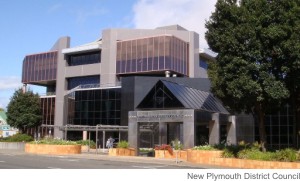 Not content with forcing a Maori Ward onto his district at the next local body election, New Plymouth’s Mayor, Andrew Judd, is now calling for a law change so that half of all councillors in New Zealand will be Maori. Little did the people of New Plymouth know when they elected their new mayor in 2013 that he harboured a radical agenda and would use the Office of Mayor as a platform to progress it.

His call for 50:50 co-governance follows the self-serving finding of the Waitangi Tribunal that Maori did not cede sovereignty to the British. Mayor Judd says, “The reasonable interpretation of the Treaty is that you would have fifty-fifty representation around the table. We should be incorporating the Maori perspective around council tables, and ultimately that would mean up to half the representation each.”

He has called on the Minister of Local Government to change the law so that half of all council representatives are Maori.

Unsurprisingly, the Maori Party enthusiastically endorsed his comments. They are calling Mr Judd a visionary and commended his “courageous challenge” to the government “to consider changing the law to allow for 50-50 representation between Maori and non-Maori on local authorities to reflect the Treaty of Waitangi partnership”.

The Minister replied, “I am always willing to look at how to improve representation overall with local government, but I do not currently have any plans to make changes to the current settings. However, in response to submissions made about Maori representation during the Local Government Act 2002 Amendment Bill (No 3) this year, the then Associate Minister of Local Government directed officials to work with relevant parties, including Te Puni Kokiri, and report back to Ministers in March next year with advice about Maori participation in local government processes, and I will consider that advice when I receive it.”

The Minister rejected the idea of a law change: “I do think the right settings are currently in place. I am not sure that it is a piece of legislation that Parliament should actually pass to change the representation that is on councils.”

She also rejected the call for greater resourcing for local councils to increase Maori representation: “I will not be supporting resourcing councils, so we will not be giving them any other funding so that they can go out there and increase Maori participation, but what I will say is that we actively support and encourage Maori participation on councils.”

The Minister explained that over time, there has been a huge increase in Maori participation in Parliament and that a similar pattern was feasible in local government: “I would like to see more [Maori] standing, but I would like them to get there on their merit. I think that there is a power machine behind our iwi, particularly our iwi leaders as we see them now, and if they were putting a strong campaign together behind that right candidate, then they could get there.”

And that is the way most New Zealanders feel about Maori representation – they don’t need special rights or seats based on race, they just need to work hard and stand on their merits, like everyone else.

With regards to his push for 50:50 Maori representation, Mr Judd needs to explain why he didn’t reveal his support the Maori sovereignty movement’s co-governance agenda when he campaigned for office. The people of New Plymouth should feel seriously aggrieved to now find their new Mayor is promoting segregation.

Mr Judd should do the honourable thing and stand down, then put himself forward in a by-election, this time openly promoting his plan for nationwide constitutional change and co-governance. If he doesn’t step down on his own accord, he should be asked to resign for bringing the Office of Mayor into disrepute.

All around the country powerful iwi groups are pushing to change the rules to increase Maori representation. They are saying they need to be at the council table, “but should not have to rely on voters’ whims to get there.”

Many have tried to force their councils to give their unelected iwi representatives seats on standing committees with voting rights. Such a move, however, fundamentally alters the democratic makeup of a council, and by convention, any major constitutional change should only be undertaken with the express approval of voters through a public referendum.

For a council that wants to go down the separatist path, Maori Wards are provided for in the Local Electoral Act 2002. The process entails a council either asking the community if they want Maori wards through a public poll, or unilaterally voting them in, then facing the risk that voters will use the democratic process in the Act to oppose them through a binding referendum process.

Under the Act, councils are regularly required to review their representation arrangements to determine whether changes need to be made such as to their voting system, to the number of councillors, and to the ward system. Invariably, Maori seats are part of that dialogue. The details are set down in the Act: a council may resolve to divide the district into one or more Maori wards for electoral purposes if the resolution is “made after a triennial general election but no later than 23 November of the year that is 2 years before the next triennial general election”. Any such decision is open to challenge by electors – if they gain 5 percent support within the given timeframe, a referendum of all voters must be held that is binding on the council. If the Maori seats are approved, they would stay in place for the following two elections.

Last month, the Tauranga City Council unanimously opposed the establishment of a separate Maori seat on the council, with the Mayor Stuart Crobsy saying that establishing a Maori ward at this time would damage the relationship between Maori and non-Maori in Tauranga. He said Maori were going through a renaissance with their history and a Maori ward would be a big step backwards.

The attempt to give unelected iwi full representation and voting rights on Rotorua District Council standing committees earlier this year has not led to the establishment of Maori seats on the council. That proposal was rejected unanimously by the full council, with Councillor Merepeka Raukawa-Tait saying she detected no mood in the community for a Maori ward or wards.

The Far North District Council has voted to hold a non-binding poll on the issue of designated Maori seats, to take place early next year. Mayor John Carter said neither he nor the council had a position on dedicated Maori seats, so they wanted some direction from the community. This marks a change of heart for the former National MP who, campaign in the local body elections against Maori seats, describing them as a form of apartheid.

The Maori Ward that was narrowly approved by the New Plymouth District Council, amid a furore that saw the resignation of a long-standing councillor, is now being challenged by locals who are seeking the support of five per cent of the district’s registered voters – about 2,700 people – by 28 February next year. If they succeed, a binding referendum will be held to approve or reject the Maori ward proposal.

In 2012, 79 percent of Nelson voters rejected their council’s proposal to establish a Maori ward, and in the Wairoa District, 52 percent of voters voted against setting up Maori wards, even though 46 percent of the electoral population in the district are Maori – one of the highest percentages in the country.

There is a widely held view that areas of high Maori population will be overwhelmingly in favour of race-based rights. But as the Wairoa poll showed, it is wrong to presume a majority of Maori want separate Maori seats.

The reality is that a growing number of Maori are opposed to race-based privilege. They regard the way that successive governments pander to tribal chiefs as sickening, since, by enriching the iwi elite, those who have turned their back on tribalism are effectively being disenfranchised. They consider that race-based representation is patronising, and they want an end to Maori seats at central and local government level. They also want the Waitangi Tribunal, which they see as a gravy train fostering division and apartheid, abolished.

One kamatua, who is prepared to speak out, is David Rankin of Ngapuhi – this week’s NZCPR Guest Commentator.  David explains:

“It may surprise many New Zealanders, but a growing number of Maori are fed up with the Waitangi Tribunal, and the entire Treaty gravy train.  There is a stereotype of Maori collecting millions of dollars in settlement money and living the easy life.  The reality is very different.

“Let’s be clear. The Tribunal exists to make lawyers, and a few elite Maori very rich, and to give the impression that wrongs are being righted. We all know the Crown breached the Treaty in the nineteenth century. But by the time of my parents’ generation, this was behind us as a people…until the Tribunal dragged it all up again.”

The final words in David’s article are chilling: “I will finish with a warning.  If you think the claims are nearly at an end, think again. Hundreds of new claims are being planned right now. These will challenge the Crown and seek compensation for the handling of the current settlement process.  Too many people have too much at stake for the claims process to end.”

The recent announcement by the Waitangi Tribunal that Maori did not cede sovereignty to the Crown clearly shows just how much the Tribunal is now over-reaching. It has transformed itself from being a body of inquiry into becoming the mouthpiece for radical Maori supremacists, who are seeking to divide the country along racial lines. If David Rankin’s warning about the number of claims that are currently being planned to the Tribunal is correct, the sooner the government cuts off taxpayer funding to this dangerous body, and repeals the law to close it down, the better.

Do you think New Plymouth’s Mayor Andrew Judd should resign and stand again so voters can have their say on his co-governance agenda?

A Bias for Bonuses: What It Means for Your Paycheck

The Dangers of Junk Science