Helen O’Sullivan, CEO Ockham Residential has two loves – her career in the male dominated property industry and motorsport. Chelsey talks to Helen about why women in property are such a minority and her fascination for fast cars. 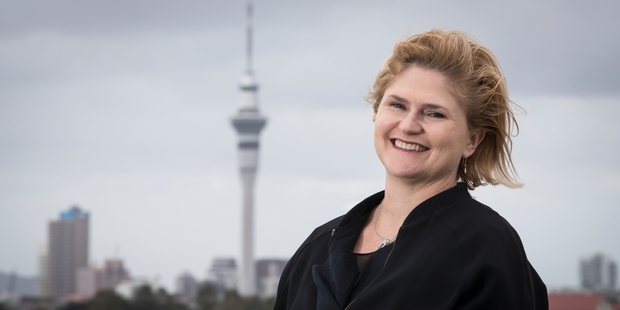 1.  Was a career in the property industry a lifelong ambition or did you stumble into it?

It’s not quite as bad as ‘stumble’ but certainly it wasn’t a conscious career path.  I’m a chartered accountant by training and spent over 14 years over my career with Korda Mentha.  Korda Mentha are chartered accountants but their practice is primarily financial consultancy, and my formative years were all about working with businesses through change and growth.  That role took me into property, first with Crockers Property Group, and then on to REINZ, and then on to Ockham Residential.  It’s just been fortuitous that the skills I developed through my career are a good fit with those of the Ockham founders, Mark Todd and Benjamin Preston, whom I’ve known since we were kids in primary school together.

2.  The real estate industry attracts a high percentage of women, why is this not the same for the property industry?

That’s a really good question, and one I haven’t gotten to the bottom of yet.  I was surprised at the dearth of women when I joined the property development part of the sector – I sometimes find myself the only female in the room at some events, and always very much in the minority.  Ockham Residential is quite the opposite – we like to say our diversity policy is coming along nicely as nearly 20% of our team are males, and some are even in leadership positions.  Seriously - I’m not sure what the driver is, but I am keen to see it change.  Diversity in the experience of your team leads to diversity in thought, and broader perspectives in my view can only enhance the quality of decision making.

3.  What’s your fascination with fast cars?

It started with words, in that I started reading Jeremy Clarkson and watching Top Gear whilst I lived in London in my twenties, and grew from there.  When I came back to NZ, one of my closest friends (who very helpfully is also married to one of my brothers) grew up in a car mad family and got me into racing, first as her co-driver in the Targa Tour and later by lending me a car I could campaign in Classic Trials.  Now I’ve got my own (small, cheap) race car and the bug is well and truly embedded.

4. You recently competed in the 2016 Mahindra North Island Endurance Series coming 6th in your class. What’s the significance behind your team name Race 4-D Cup?

The owner of the car we campaigned, Bronwynne Leech, is a breast cancer survivor who decided to get into car racing while she was in treatment.  Having successfully done that, she decided to take it further and formed an all women team to take on the Endurance Series.  The three drivers and pit crew including mechanics and refuelling (that’s my job!) are women, and we think it’s the first time that’s been done in NZ – in the Enduro series, certainly.  The car is decked out in pink livery and the aim is to raise awareness of breast cancer, and encourage women and the men that love them to be aware of the risks and monitor it.  It’s been an amazing experience, and we’ve had a huge amount of fun.  Interestingly, in addition to Bronwynne’s personal survival story, each of the team had a personal experience of some form of loss or survival involving breast cancer – mothers, friends, sisters, aunts.  It demonstrates again the pervasiveness of the condition and the need for early detection.

5.  What do you see as the most exciting prospect for Auckland’s future?

Auckland is just awash with potential, really.  We’re going through a few growing pains at the moment as we transition from being ‘a big, little city’ to being ‘a little big city’, but the process is happening and it’s exciting to be part of it.  We love Auckland, and we want to see its urban built environment be as beautiful and world class as its physical landscape.  Auckland is attracting talent and resources from around New Zealand and the world – the challenge is to harness that positively.

One of the biggest challenges is the requirement for a 20% deposit which, coupled with higher prices, is a huge hurdle for most buyers, but more so for first time buyers (“FHB”).  The reality in Auckland is that achievable price points for FHB are likely to be in the unit titled space – i.e., apartments or modern flats – and as I understand it, the ‘Welcome Home’ loans that allow FHBs to enter the market with a 10% deposit aren’t available on unit titled properties.  With the Unitary Plan, Auckland’s future housing supply will be more and more tilted to this area, and it’s something that will have to be addressed.

7.  There is much talk about the quarter acre dream no longer being a reality? Is this a good or bad thing?

I do think the dream is changing as the drivers of the dream changes - life gets busier, the city gets bigger, couples form up later in life and break up more frequently, having kids happens later or not at all and so on.  It’s also become a trade-off – we’ve built this gorgeous city on a long skinny isthmus, and there are a lot more of us than there used to be.  That means that, in common with cities all around the world, if you want the garden you live a lot further away from the city, and your commuting profile changes.  Those of us who want convenience and proximity will trade it for the garden and the commute – and for many, very cheerfully!

8.  What makes an Ockham apartment so unique?

All of our developments have a genuine double bottom line – they do of course have to make money (otherwise we’d never get bank funding to complete the projects).  However, they also have to be buildings we are proud to see standing in the Auckland we love, that our buyers are proud to call home, and which the communities which host our buildings are pleased to have as neighbours.  We also incorporate ‘bump spaces’ in all our developments – places in the building where the occupants will ‘bump into’ one other, and foster a sense of community amongst the residents.

9. What do you love most about apartment living?

So many things!  I live in a great part of Auckland (Grey Lynn); it’s easy and convenient and secure and comfortable and warm and modern and stylish and functional and an awesome building; and it was a great incentive to give away a load of unnecessary ‘stuff’ I used to own primarily because I had a place to put it.  And the roof lounge (with pool table) is a great venue when I have larger groups of friends over.

10.  Ockham Residential sponsors the New Zealand Book Awards. What book are you reading at the moment?

I tend to have several on the go at the same time, so on my bedside table at the moment is Sam Hunt’s ‘Salt River Songs’ – that inspired me to re-read some more of Hunt’s earlier work so it’s joined by ‘Approaches to Paremata’ plus a ‘Collected Works’ of WB Yeats, one of Sam Hunt’s favourites.  I’m also working my way through the swag I bought at the Auckland Writer’s Festival, which hosted the Ockham Book Awards.  So Witi Ihimaera’s autobiography ‘Maori Boy’ is there, as is Gloria Steinem’s ‘On the Road’ (autographed! Yep - groupie) and Fiona Farrell’s ‘Villa at the Edge of the Empire’.  I also downloaded and re-read Erica Jung’s ‘Fear of Flying’ recently – it’s been over twenty years since I first read it (at university, probably!).

Helen is speaking at the Property Council’s Women in Property Power Panel: The Future of Auckland on 23 August 2016.  http://www.propertynz.co.nz/index.php/events/women-in-property-power-panel-the-future-of-auckland-2803.html 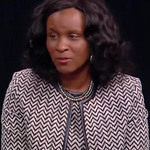 Turnaround Management: How Courage and Caring Win the Day 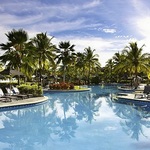 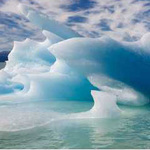