Ashley Rader is the owner of Moments of Elegance, an online wedding boutique specializing in beach wedding favors, summer wedding favors and a huge collection of unique wedding favor ideas that will say thank you with style and will truly make your event unforgettable.

Thank you notes are part of the wedding process. It may seem like a silly thing to do, but it's a tradition and an expected part of getting married. You may never know how much a thank you note means to someone who helped you share your special day. That's the mission of a thank you note: to share your appreciation for someone sharing in your special day and for their contribution to your new life via a gift.

What do you say on a thank-you note?

Writing thank you notes can seem to be a daunting task, but if you divide them up into these categories, you will have a place to start. Set a timetable of getting them out within three months of the wedding. You can do it! 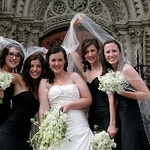 The Perfect Bridesmaid Dress For Every Body Type 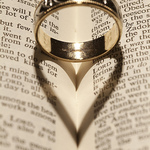 Choosing the Readings For Your Wedding Ceremony