Earlier this week I was reading an article about the bizarre items that have been left in hotel rooms. And surprisingly it was not sex toys, the phone chargers or even the fake limbs that caught my eye. Instead it was the passing statement that more and more people are ‘getting caught having sex on plainly-visible security cameras - in pools, spas, saunas, hallways, stairwells, bars and even in storeroom cupboards!’

Now if I were cynical I might say that is simply because there are more cameras around these days; but perhaps more people are feeling frisky outside of the bedroom and following through with their desires. Either way it’s inspired me to find out where the most popular places are for kiwi couples to have sex (other than the bedroom).

Plenty of couples have been whipping up some unforgettable fun in the kitchen; meaning that sex on the kitchen bench or table is the fifth most popular place to let loose.

Top tip: Creativity is a great asset when it comes to sex so why just stop at the kitchen table? Why not experiment over the sink, in front of the freezer, on the stove or on the floor?

Picture the scene; you’re walking hand in hand with your man through the bush when you just can’t control your urge to pounce any longer. You encourage him into the undergrowth before having your way with him. Sound familiar? Well plenty of couples have been there; making this number 4.

Top tip: in this situation insect repellent is a girl’s best friend – apply to any exposed areas of skin, except where your man is likely to kiss or lick.

It’s easy to see why a pool or beautiful body of water is appealing and romantic, so it’s not surprising that plenty of kiwis have gotten amorous under the waves.

Top tip: The problem with sex in water is that it can wash away your body’s natural lubrication. So to avoid unwanted friction, use a silicone-based lube like Pjur Original (which is waterproof).

Ever been on a road trip and had an uncontrollable urge to stop the car and climb into the backseat to make love? This is a predicament that has faced confident kiwis all over the country – making the car the number 2.

Top tip: The best spot to have sex in most cars isn’t necessarily the backseat, because there’s not much leg room. So the next time you’re caught short, try reclining the passenger seat and adopting a woman-on-top position instead.

1. In the bath or shower

Bathing or showering together can be great fun. For a start you are both naked and lathering each other up with sexy soap suds, which can do wonders for the libido. Add to that the fact that all homes have a bath or shower, and it’s easy to see why this is the most popular place to have sex outside of the bedroom.

Top tip: While some people are flexible and have great balance control, others need a little extra help. So if you’re planning to seduce your man in the shower, check out the hand grips and foot holds in the Sex in the Shower range.

Obviously some of the above locations are more risky than others – in terms of getting caught. But just moving out of the bedroom can do wonders for your sex life. So why not spice things up a little and venture somewhere different? 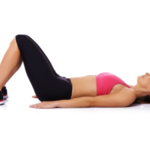 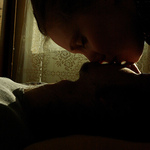 One Night Stands – the dos and don’ts 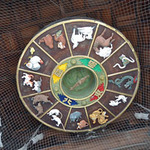