Relationship Property - Economic Disparity:
What does it mean for you?

Section 15 of the Property Relationships Act 1976 was introduced to address issues of inequality between partners following a breakdown of their relationship.  The section empowers the Court, following a division of relationship property, to compensate a spouse/partner if his or her living standards and income will be significantly less than the other party because of the division of functions in the relationship. Some people can go a little overboard

When Will It Apply?

The section will apply where there is a real and significant difference between the respective income and living standards of each partner.  The disparity must arise from the division of functions in the relationship and not, for example, from a difference in earning capacities which existed before the relationship began.

The most typical circumstance will be where one party compromises a career to look after children and/or to assist a high flying partner to increase his or her earning capacity.

Finally, for an award to be made, there must be circumstances which convince the Judge that it is just to compensate the disadvantaged party.  In considering whether it is just to make an award, a Judge will usually consider factors such as:

This section has not produced a flood of claims but there has been a handful of decisions in both the Family Court and the High Court throughout New Zealand with awards ranging from $11,500.00 to $142,000.00.

A good example of a successful claim by a former wife is the decision of Waters v Waters, a decision which was heard in the Family Court at Hamilton in August 2004.

The case of Waters involved a marriage of 17 years with two children as a result of the marriage.  The husband was a policeman and the wife had been involved in management before the birth of the first child.  The wife had taken time out from her career because of childcare obligations and responsibility of the household management.  The husband’s ability to contribute on the domestic front had been limited by his shift work as a policeman.  There was an expectation by both parties that the wife would remain at home and take responsibility for the children, enabling the husband to work away from home and provide income.

The Judge held that the wife had given up career opportunities and compromised her earning ability.  The husband on the other hand had been able to enjoy an uninterrupted career from which he benefited post-separation.  It was that division of responsibilities that the Judge concluded was the basic reason for the disparity in their respective economic divisions post-separation.

The Judge concluded that if the wife had not left her employment following the birth of her first child, she would most likely have become a management accountant.  References indicated she was a capable employee and would have rapidly advanced within her company.

Evidence showed that remuneration consultants in the production sector (in which she had previously worked) with capable of attracting an income of $76,600.00 per annum but that given her break from the industry it was not likely that she would achieve an income of that level for at least seven years post-separation.

Taking all those factors into account the wife was awarded a sum of $75,000.00 in recognition of the economic disparity, such payment being by way of an adjustment to the division of matrimonial assets.

These decisions make it clear that in the event of a break-up, one partner may be entitled to make a claim under section 15 and the result is that, if successful, he or she may be entitled to a greater share of the relationship assets.

Should you have any enquiry concerning relationship issues, please contact Michael Robinson or Claire O’Donnell at Turner Hopkins Solicitors, Auckland.

Disclaimer:
All information in this article is to the best of the authors’ knowledge true and accurate. No liability is assumed by the authors, or publishers, for any losses suffered by any person relying directly or indirectly upon this article. It is recommended that readers should consult a senior representative of Turner Hopkins before acting upon this information. 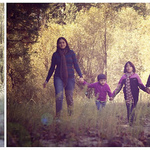 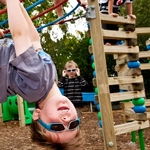 Does your child have a vision problem? 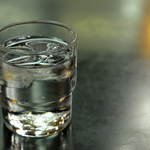 When Your Glass Is Half Full