Online relationships: Why you don’t want a catfish

Vanessa Moodley is a South African born writer, blogger and amateur foodie who began her own adventure when she moved to NZ in 2012 for a (modern-day) fairytale ending to a long distance relationship. She loves good stories, laughing at funny (often morbid) things her imagination conjures up, and meeting people who are making the world a better place by being in it. Check out her blog at www.nessinnz.wordpress.com

Before P and I took that first step towards being a couple who’d never met, online relationships were the furthest thing from my mind. But when you find yourself in one it suddenly becomes of the highest importance to find out that there are other people out there doing the same crazy thing you’re doing (and more importantly, did it work?!). Catfish is an American documentary by filmmakers Ariel Schulman and Henry Joost, that follows the story of Ariel’s brother Nev – a 24 year old, NY-based photographer – who forms online relationships with a young painter, Abby, and other members of her family. The idea for the documentary probably sprung from the same curiousity that Paul and I shared as a couple of the digital age, as it’s intended focus was to document the budding romantic relationship between Nev and Amy’s older sister Meagan, a soulful singer/dancer. At least, it starts out that way but as Nev becomes more and more infatuated with Meagan and is thinking about meeting her, the three guys begin looking deeper into some of the claims made by Abby, Meagan and their mother Angela, and some things just don’t seem to add up.

If you’re in an online relationship, or are considering becoming involved with someone online (emotionally, romantically, financially) – do yourself a favour and watch Catfish for a real-life insight into just how little you can know about the person at the other end of the email/text messages/phone calls – and I say this as somebody who is happy to defend the merits of meeting somebody online.

Even though P and I are proof that online relationships can work as a way to meet and get to know someone well enough that you can turn your world upside down to make that relationship transition to an in-person one, I’ve always been vocal about the need for safety online especially when it comes to matters of the heart (or loins, either way, brains tend to depart the equation in these matters). And not just for ‘love’ connections, but also those other deep connections we can make online, where it’s often so much more easier to meet people with whom we share perspectives, than it is in real life.

Following the success of Catfish, Nev received so much mail from people all over America sharing their own online relationship quandries with him, that he did what any self-respecting American does and decided to make a TV series in which he helps these people find out if their love connection was the real deal or not. Catfish the series is a 2012 MTV production, which might make it sound like popcorn TV but I think it offers a view into something that’s becoming more relevant and therefore needs to be discussed beyond the perspective of online relationships being unreal and unhealthy, and beyond the kind of chatrooms and forums often only haunted by the people who are in them and desperately want them to work out. What I’ve loved about the few episodes I’ve seen so far is that it shows that the kind of people who get in online relationships are as diverse as their reasons for pursuing somebody they haven’t yet met. And the reasons why their prospective paramours often don’t turn out to be what was promised has little to do with the kind of Charles Manson expectations my own mother had (understandably) when I first told her about P.

One of the big things that stunned me, watching the show was how long people were willing to be in an online relationship without making as sure as possible that the person they thought they were talking with, was who they claimed to be. This one baffles me – although it’s difficult to say 100% until you’ve met in person, the beauty of the digital age is that it’s pretty simple to Google a person’s name, check out their Facebook page or drop that pretty picture they’ve given you into Google Image search to see what comes up. So if you’re not doing that, ask yourself, are you really happier with the fantasy than you are with what could be real? If so, maybe it’s time to rethink the investment you’re making with your heart and in some cases (having been that girl with the ridiculous data bill), with your pocket.

Fact of the matter – online relationships are not for everybody and even if they are for you, they might not be for the person you’re trying to conduct an online relationship with. Coming up next, some of the red flags to look out for when it comes to lurve on the world wide web. 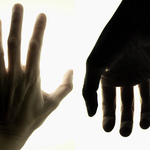 When difference divides you 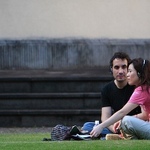 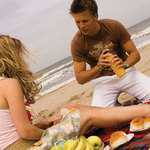 Tips for romance on a shoestring budget