"The key to reviving or divorce-proofing a relationship is not in how you handle disagreements but in how you are with each other when you're not fighting."

This is what John Gottman, professor of psychology and couples researcher has to say in his book The Seven Principles for Making Marriage Work  (Weidenfeld & Nicolson, 1999). Gottman's conclusions are based on over 16 years of studying couples as they live out a typical weekend.

There are clear patterns of interaction that mark a relationship under real strain. Gottman uses these to predict which relationships will break up, and he has a 91 % rate of accuracy. This book identifies them and shows the damage they do. You might easily recognise relationships you've seen or been part of in the descriptions he gives.

The ground breaking part of this work is that he also identifies seven principles that make relationships work.  The central idea is that couples can deliberately act in ways that keep the scales tipped in favour of the good feelings they have about each other. The big store of positive experiences offsets the times when their feelings about each other are negative.

So what are the principles that John Gottman recommends?

Principle 1   Enhance Your Love Maps
Relationships are about closeness, and one way of being close is knowing what goes on in each other's lives. This is about taking the time and effort to know what matters to your partner. You know how long to brew their tea, how they'll vote in the next election, and what they're scared of hearing when the phone rings late at night. You know about their expectation of promotion and their private dream to run a marathon. 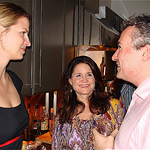 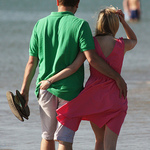 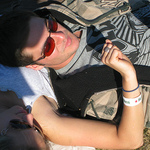 Do you Need Quality Time With Your Lover?