Breaking Up – Late In Life

With a Masters in Human Development, Tonja is an columnist, coach, speaker and author. Her latest book 'Thriving After Divorce', offers insight on how to become a better person and getting through after a break up.

My email box has been full of questions from readers about what causes a couple to break up after decades together.  Why?  The Al and Tipper Gore were a high profile couple with a marriage on public display.  Celebrities always get some press coverage when they split up.  But the added curiosity and centerpiece to this story is that the Gores appeared to be a happy, solid couple, married for forty years.  Obviously, that would make anyone pause and wonder— could this happen to me? Marriages that last decades and then disintegrate are very rare.  When they do come to an end, the parting is often quiet, civilized, and organized.  They have resolved the issues of living apart, having spent many years considering this possibility.  Divorce lawyers tell me that these are the breakups that seem to proceed with the least amount of drama.

The highest divorce rate is among people who marry between 20 and 25 years of age.  Their breakups are volatile and emotionally charged.  And people who divorce in mid-life after 15 or 20 years of marriage are often caught up in the financial aspects of the split.  Those separations are usually marked with anger and fights about money, custody, or the division of property.

Here are some of the causes and characteristics that can bring on a late-in-life divorce.

With many people, the bond in the marriage is to raise and take care of the family.  We’re not inside the Gore marriage so the following can only be supposition… but it seems that their mutual purpose was centered on family and making a contribution through his political career.  His bid for the White House kept a focus on their intense joint goal.  When that didn’t happen, he seemed to find another purpose and direction that did not include her.  That may have been her choice.

Couples bond around a mutual purpose, which is often simply, providing for and taking care of the immediate and extended family.  When the children are grown, the couple is challenged to reconfigure their purpose.  In some cases, they may find new ones— and also, new friends—that do not include or resonate with their partner.

Some studies show that couples that make time to be alone together have a closer bond than others.  When these couples take trips, they don’t necessarily need their children, family members, or other couples with them in order to have a good time.  If they have multiple demands for their attention, they still put the relationship as their first priority and have at least one date night a week.  Looking at the Gore marriage, one can only speculate about how much time they managed to spend alone together.  They had the same time-consuming areas that many other people experience, such as aging parents, children to raise, and illness and death in the family, as well as a public life with extraordinary responsibilities and media attention.  The cost of all these distractions may have been their marriage.

Whenever one chapter ends, another begins, or—a whole new book can be written, since we are living longer as a society.  Many of the reasons that motivated the marriage in the first place may be gone.  Deeper values that may have been formerly hidden can now rise to be recognized and fulfilled.  It’s always possible that the person you chose 40 years ago does not share some of your values you currently feel you must honor—or they may not have the same vision you have about how you want to spend the rest of your life. You may find that you are not on the same page—you even reading the same book.

When someone has spent a lifetime caring for others, he or she may reach a certain age where they feel it’s “now or never.”  They may ask, “When will I go and live in an exotic place, find new adventures, meet interesting people, or just do whatever I want to do?  If not now…when?”  Extreme caregivers are prone to finally hit a wall when they reach a benchmark birthday and feel like they’ve done enough “giving.”  They long for something different… but they often don’t know what that is.  They haven’t spent much time thinking about their own needs.  Whether they want to set out on that journey with their current longtime partner is the question many have to ask themselves.

The end of a 40-year marriage is a sobering realization.  We could all learn from this.  Breakups happen…at any age.  What number one relationship tip would I give couples?  Make time to be alone together. 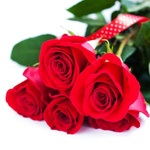 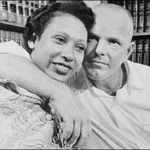 Don’t let the system get you down 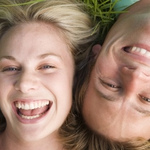 Real Love vs. The Fake Stuff