Tales of the Quoll at Barnes Bay

As every one knows the Quoll is a lovely little endangered animal that frolics in the woods after dark... or is it?

As every one knows (except Bruny Residents) the Quoll is a lovely little endangered animal that frolics in the woods after dark, and are good for tourism as a wildlife adventure. Most Bruny long-term residents think otherwise. They regard them as an unwanted introduced species that kill the chooks; scatter the rubbish leaving a mess; kill the native wildlife, and poop copiously on the doorstep. At Barnes Bay we have lots of all three species of them for export if our friends in Parks & Wildflowers want to avail themselves of the opportunity.

That being said, we have used them as a tourist attraction and activity, some guests taking it more seriously than others:

Tale 1: Last month our West Australian guests had not seen the local beasts. I suggested that they tie some meat scraps to the decking outside the Unit; leave the outside light on at dusk, and wait with cameras poised. They had a better idea, and tied the meat to a hammer we leave for guests to euthanase the feral oysters on the foreshore. The Quoll came; the guests got no photos; and we have not found the hammer since.

Tale 2: The next guests were three young builders - told them the same story, but again, they had a better idea. I went over after dark to give them a TV programme we had forgotten - found the outside light on; saw a freshly caught fish on the decking, and saw two guests crouching inside the front door. I gave them TV programme, and apologised for disturbing their Quoll watch. After trying vainly to close the door, I noticed the tip of a fishing rod poking out of it. They had been extremely innovative and left a fish tied to the line (no hook) - when the reel unwound, they had a Quoll on the line (not hooked), and told me later that fishing for Quoll was great fun!

Tale 3: As is oft her wont, my wife Kathy got some meals out of the freezer downstairs and left them on the stairs to bring up later. One was a frozen casserole; the other was a frozen chook. I found the casserole and brought it upstairs. That evening Kathy asked if I had brought up the frozen chook? I said “What chook?” Then the search started. It was neither in the fishpond nor under the stairs. We are looking after a small car for a friend, which was parked at the foot of the stairs. In a slow semi-geriatric manner, I knelt down and looked under the car - I perceived what appeared to be a pink chook behind the opposite front wheel of the car. I then went round the opposite side & did the same kneeling down act. It is a small low car, so I put my left hand around the front of the wheel to retrieve the aforesaid chook, and encountered warm fur. Instant thought! - frozen chooks are not warm and furry! Retrieved hand rapidly, and peered around the front of the wheel - there was an Eastern Quoll about six inches in front of me - eye ball to eye ball! It did not want to go away. We had a short discussion about it going away (not politely from my side), which was not improved by Kathy laughing on the other side of the car about her beloved husband on his knees swearing at a Quoll under the car. After more discussion and threatening gestures, the Quoll reluctantly departed. More groping by me resulted in the retrieval of a somewhat gnawed frozen chook covered in gravel. This scrubbed up OK, and as it was only for Kathy & I, we had it for dinner, with pauses in between bites remembering where it had been. We never did find the plastic wrapping that the Quoll had neatly removed.

Tale 4: There has been a Quoll infestation of my large shed containing my valuable collection of artefacts. Most people call it a shed full of junk, which I strenuously deny! A strong smell of Quoll poop, and a roast lamb leg bone on the floor, plus the perceived and often heard regular movement of beasts amongst the artefacts tended to confirm that the dreaded Quoll was there.

Whilst trying to find some tools that someone else must have moved, I heard a couple of thumps on the shed, near where the previous owner had an accident of some sort, which distorted the wall. I tottered over to the proximity of the noise - knelt down - peered under the shelf, and came face to face with a rat-faced beast attempting to enter the shed. We were eyeball to eyeball in a frightening confrontation! I told the beast to “desist and go away!” (or words to that effect), but it failed to heed my request! An old heavy poker was at hand, which was used to bang on the tin wall and other crap surrounding the Beast. This was a failure. The beast continued to advance! The poker was placed into the face of the beast, which snarled; bit it, and continued to advance! Head and forequarters were now in the shed! What was one to do? One shoved the poker into the mouth of the beast and pushed (gently of course), while again telling it to desist and go away. With much snarling the beast slowly retreated and disappeared from the hole, which I rapidly filled with timber off-cuts. The main surprise was the lack of timidity of the Quoll, and its determination to enter its “home” despite the Great God Human’s presence!

Tale 5: One of the silliest things I have seen was a couple of years ago, when around mid-day, while I was strolling over to the shed, I was overtaken by a Eastern Quoll belting past me, followed very closely by one male and two female native chooks in close pursuit! Not sure who won, as they disappeared around the front of the shed.

Bruny Island
Separated from the mainland by the DÂ’Entrecasteaux Channel, Bruny Island is virtually 2 islands, North and South Bruny, joined by a strip of sandhills. In the 17th and 18th centuries, the island was logged by notable explorers and navigators including Abel Tasman, Tobias Furneaux and James Cook. The island was an important 19th-century whaling station, but is now reliant on agriculture and tourism. Access to Bruny is via vehicular ferry from Kettering to Batnes Bay. 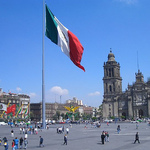 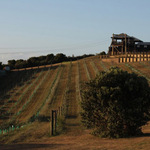 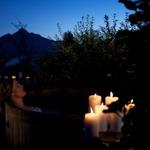