Skydiving: A leap of faith

I love travelling via airplane. From the sensation of taking off, to the peaceful journey through the air, to the sometimes bumpy landing. I even like the turbulence. But it’s being inside the plane that I enjoy, and I was about to jump out.

At least I would have a fully trained skydiving instructor strapped to my back. Despite this knowledge, I'd spent the night before hugging my cat, feeling a little teary, and thinking about how I could twist in mid-air so that the instructor landing on the ground before me if my parachute didn’t open.

All my anticipation began to feel like it was for nothing once I arrived at the small airfield. I had to wait a few hours for the sky to clear. Apparently skydiving in cloudy weather is a no-no and we had to wait for it to clear up. Whilst waiting I decided to tuck into some sausages to calm my nerves, and growing hunger. Bad idea, but I’ll get to that later…

My name was called, mid sausage, and I had to get dressed in my highly fashionable (not), brightly coloured jumpsuit. Once dressed, then harnessed up, I met with my tandem instructor. I asked what I’m sure every skydiving newbie asks, “What happens if my parachute doesn’t open?”

He patted his back. “Reserve,” he replied in a thick German accent.

With that little piece of advice, I climbed into the tiny plane and prepared to fly to my doom. The plane climbed higher and higher, to 14,000 feet. Which, by the way, feels as high up as it sounds. I was feeling pretty serene, however, at least until the side of the plane opened, and all I could hear was the wind, and my instructor yelling something indistinguishable at me. Apparently I had to help him shuffle towards the open, gaping hole. I gripped onto the side of the plane when we got to the edge and peered down. Yep, it sure felt like 14,000 feet.

I’m not sure how I let go, and took that leap of faith, but I must have, because one moment I was perched on the edge of the plane, and the next I was hurtling towards the ground.

Look, my chute did open!

It didn’t really feel like falling. The pressure of the air beneath actually gave me the sensation of flying. Any fear I had immediately disappeared, and I enjoyed all thirty seconds of the free fall. When the chute opened I was almost disappointed that the free fall hadn’t gone on longer, but my instructor started doing small tricks in the air, making us turn around in big circles and figure eights.

It was incredibly fun… until the sausages I’d eaten earlier came back to haunt me. Feeling rather ill, I asked him to stop, to save a bystander below getting a nasty surprise.

We glided through the air for about five minutes before finally coming back down to earth. The landing was smooth, and the moment I landed I wished I was back up in the sky, floating peacefully through the air.

Skydiving is hands down the best thing I have ever done in my life. I can’t wait to do it again, and jump at a higher 16,000 feet, and fly over the ocean. Until then, I think I might have caught the adventure bug. 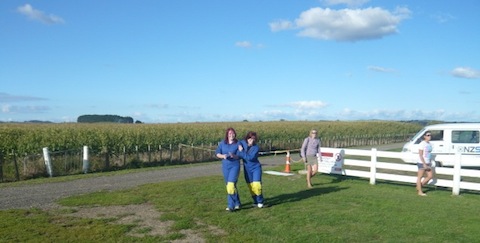 After landing with a friend who jumped on the same day. 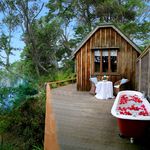 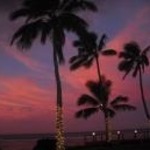 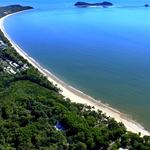