This was the most relaxing, cathartic and re-energising but surreal holiday ever, after a devastating earthquake in Christchurch, New Zealand. 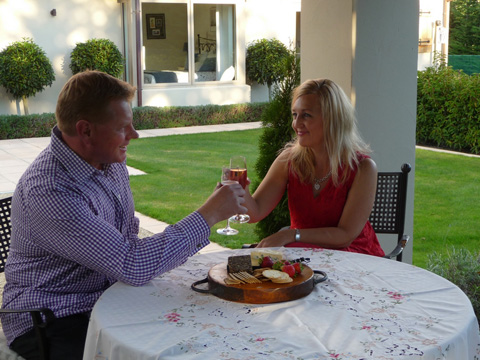 We are shading ourselves from the scorching sun under the terracotta tile-roof summer house at a stunning plush luxury lodge - Hope Villa - 20 minutes south east of Christchurch international airport.

This feels like such a romantic haven and the name of the place is so apt after a terrible earthquake on February 22 killed 182 people and caused widespread damage, destroying a third of the inner city. But Christchurch has had its share of tragedy; the earth will settle down and once more millions will stay and pass through this lovely city.

So this is dream-like at Hope Villa. We are in the sanctity of the quiet countryside. Birds are chirping, bees busy among an avenue of lavender in a gorgeous manicured garden. Hope Villa lodge is so beautiful – a neutral pastel palette in a warm and inviting lounge; fluffy pillows piled up in the cosiest big bed ever. We loved that villa bed so much. This place is a Mecca for honeymooners and Aussies skiers. It is heaven on earth – but 20 minutes away in the city we see so much devastation and ruin as the February earthquake left its mark brutally shaking buildings to the ground. The rebuild is expected to cost $30billion.

So many grand older heritage-listed buildings have collapsed leaving streets in rubble destroying the heart and soul of the city and the people who live here. But out of the silt, cracks, mortar, broken bricks and shattered wood, a new Christchurch will rise again.

For 150 years this has been the most English and most peaceful of cities. It is one of the safest and best places to visit and rest in majestic New Zealand. Christchurch has had its share of earthquakes and will soon – in a month or two - be safe and ready to attract millions of visitors once more.

This is the first tourist story out of Christchurch since last month.  Christchurch city’s tourism industry has taken its first steps towards recovery with the removal of non-essential travel restrictions and reopening of some core services.

Christchurch is still under a state of emergency and many businesses remain closed, key local tourism attractions are re-opening. The airport is busy as ever again as thousands of people flock to help in the recovery.

Our hosts Terry and Maurice tell us about the earthquake; and their own experiences but they say they are lucky they had no structural at the Villa. They slip away and we sip on chilled champagne they gifted to us; we listen to dulcet sounds of Norah Jones floating across the room. Our shoes fly off; feet up; and cuddle in on the couch...this is magic.

In the morning Terry brings over a breakfast of fresh fruit and yoghurt, salmon, spinach and egg, a fruit smoothie and cup of tea. She is a great cook. We savour the yummy tastes and now raring to seize the day.

First they produce bikes and we peddle down a country bike trail to the Little River village for a coffee. The untouched countryside is so quiet and picturesque. We visit a Maori marae (community meeting place) known as Wairewa. It is tidy and a great place for gatherings.

In the afternoon, we stroll nine holes of golf at tranquil Tai Tapu without threatening the course record. We sip a chardonnay in the sunshine and chat to locals how they survived the earthquake. They are stoic; they are the lucky ones. Others didn’t make it. People here adapt to a new and eerie reality. Life will slowly return to normal. People are resilient in the rebuild and recovery. They say at least 10,000 homes need to be demolished. Each day the impact sheets home – but it pails is nothing like the horror of events in Japan. A national memorial service on March 18 was held to commemorate the victims of the February 22 earthquake. Prince William from the UK Royal Family and other international leaders attended.

The name Hope Villa was so appropriate as Christchurch rebuilds for a new tomorrow. Terry and Maurice were great hosts. Their chocolate labrador Berlin was snoozing under a fruit tree as we drove quietly away to the airport, fully recharged and so happy after the best ever short luxury holiday. 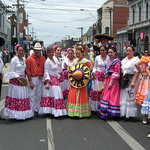 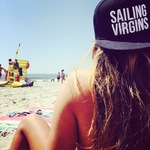 3 ways you can get the most out of your holiday 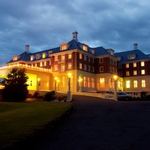 Mount Ruapehu – from the luxury side