Croatia has quickly become Europe's hottest destination, and for good reason. The rocky coastline continues for 1778 kilometres and includes pine-fringed coves, wide sandy beaches and cozy inlets. As if that weren't enough, there are a good 1185 islands that range from lush and wooded to stark and hilly. Yachties love the sailing opportunities, sunbathers have an incredible choice of beaches and scuba divers have a paradise of sea life to explore. Dubrovnik in Summer: sure beats Wanganui.

Beyond the pretty scenery, Croatia also boasts a fascinating history and cultural life.The walled city of Dubrovnik on its southern tip is a must-stop for Mediterranean cruises but the long coast is littered with remnants of Croatia's varied past.

The Romans swept through two thousand years ago, leaving an amphitheatre in Pula and Diocletian's Palace in Split. Long ruled by Venice, many ports along the coast bear the distinctive imprint of its former master. In southern Dalmatia, the towns of Hvar and Korcula resemble Little Venices without the canals. In Istria, the striking bell tower in Rovinj is modeled after that on St Mark's Square in Venice. In contrast to the Italian-influenced coast, the Croatian interior was part of the Austro-Hungarian empire and looks it. Zagreb, Croatia's capital, has the kind of stately architecture that wouldn't be out of place in Vienna or Budapest. Plus,it has a small medieval quarter that vaguely resembles Prague.To the north of Zagreb, in the middle of green, rolling hills, lies Varazdin, Croatia's most underrated city. Lying too far from the coast to attract much tourism, Varazdin nevertheless boasts a stunningly well-preserved baroque center. 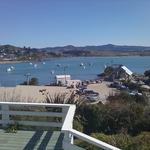 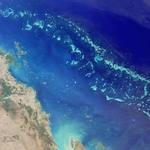