The city is Adelaide, capital of South Australia, with a population of over 1 million people. While not being as big and brash as Sydney or Melbourne, Adelaide has its own definite charm and style, a place to be savoured and enjoyed at your own pace. Over the past few years, Adelaide has been quietly shaking off its rather staid, monastic image of "city of churches" as a holiday destination to rival the more popular capitals of the east coast of Australia. It's undergoing a tourism renaissance, with new state-of-the-art facilities at the international airport, excellent shopping and plenty of unique home grown attractions like Kangaroo Island and picturesque town of Hahndorf in the Adelaide hills. Unlike some other Australian cities, Adelaide was founded by free settlers. The site was actually chosen in 1836 by Surveyor-General, Colonel William Light, who created its classic grid-like design. Following tradition, the city was named after British royalty, namely Queen Adelaide, wife of the King William IV.

When early colonists established the city, pale sandstone was used, constructing a solid, dignified cityscape. The solidity goes further than architecture for Adelaide was once regarded as a city of puritanical spoilsports, with an incredibly large number of churches. There is no denying that the city has a superb setting. It's surrounded by lush green parkland, and the metropolitan area is bound by the hills of the Mt Lofty Ranges and the waters of the Gulf St Vincent.

If you're organizing accommodation, Adelaide can offer you every type to match your budget, from glamorous 5 star names to smaller boutique hotels, with plenty in the mid-price range. Check out web hotel for ideas, value and instant booking. You can make savings by booking online - giving you more to spend on sight seeing.

Matthew Lawson is an avid traveller. Visit his site to find hotel rates and great specials for Adelaide. 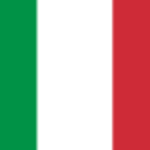 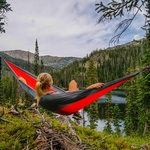 How to Prepare Properly for a Camping Trip 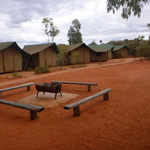