How to make Tomatoes tart 1. Knead flour with butter till the butter is equally mixed with flour without big butter chunks.

2. Add buttermilk to knead uniformed dough. Do not prolong it, too much warm emitted by your hands may spoil shortcrust pastry.

5. Take out the dough from the fridge, roll out, place into baking tray.

7. Take out from the oven, pour over half of eggs & cream mixture, arrange tomatoes and pour remaining eggs & cream.

This work is licensed under a Creative Commons Attribution-Share Alike 3.0 License. 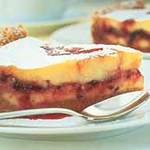 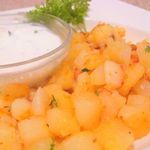 Fried Rosemary Potatoes with a Sour Cream and Chives 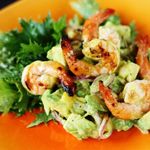