By Holly Crawford for The Style Glossy Good jeans are a staple of every wardrobe, but putting together a collection of essential styles can be tricky. But before you get the blues, here’s “jean-ious” advice from stylist Bridget Boggess, founder of Dress Marie fashion consulting, on building your best denim wardrobe.

Perfect Jeans Fit
Whether you’re shopping in a store or in your own closet, think about fit first. Boggess’ rule of thumb: Anything that’s too big can be tailored, but anything too tight is a no-go. Jeans can be too tight even without cutting off circulation; take note if you see pulling anywhere or wrinkling at the crotch. “Just make sure your jeans aren’t working too hard, even if they have stretch,” says Boggess. It shouldn’t look like you’re wearing spandex workout pants.

The 5 Jeans You Must Own

1. Straight-leg jeans. Once you find a great fit, buy two pairs. “Have one tailored to wear with flats and one to wear with heels,” says Boggess. In terms of colour, a dark wash is most flattering because it creates a long, lean line.

2. Skinny jeans. One of the most versatile styles, skinny jeans can be worn three ways. “Try them with high heels for the long-legged look, rolled up and cuffed with flats, and tucked into boots for fall,” says Boggess. Even if you don’t feel you have the legs for skinny jeans, think of the pants as a wardrobe tool you can use for layering, much like a legging.

3. Trouser jeans. These look like dress pants that just happen to be made of denim instead of something more formal like linen or wool. Save trouser jeans for date night or casual Friday -- not hanging around the house -- and keep them pressed.

4. “Trendy” jeans. Think high-waisted, distressed, ripped, patched and boyfriend styles. “Bring it in for a season, just to update your wardrobe and mix in with your classics,” says Boggess. But don’t spend a lot of money on disposable fashion you’re only going to wear for a single season -- and don’t just wear something because it’s trendy. “If it expresses you, go for it,” says Boggess. “If not, skip the trend.”

5. Seasonal jeans. Break away from blue with white, black or even go-with-everything grey. “Try white jeans for summer and black for fall,” Boggess says.

Toss Your Jeans That Are …

1. Too tight. If you have to lie down to zip your jeans, they’re too tight.

3. Capris. This length cuts your legs off and makes them look shorter. If anything, go for ankle length.

4. Too low. Super-low-rise cuts will make you look shorter and can also cause belly bulge, love handles and back fat! When in doubt, sit down, and if you see so-called butt cleavage, then it’s too low.

Holly Crawford is a freelance writer who has contributed to numerous magazines and websites, including Cosmopolitan and Elle online. 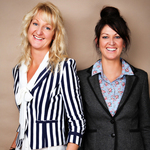 Ketz-ke designer tips: how to wear pastels and florals 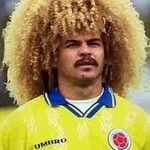 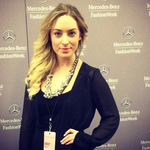