Sunglass Hut, the leading global sunglass retailer, is pleased to announce that Georgia May Jagger, Global Brand Ambassador, and her supermodel mom Jerry Hall, will star in its 2013 Mother’s Day campaign. Shot in Los Angeles with photographer Matt Irwin, the campaign is a fun celebration of mothers and introduces sunglasses as a must-have gift that she’ll want to receive. 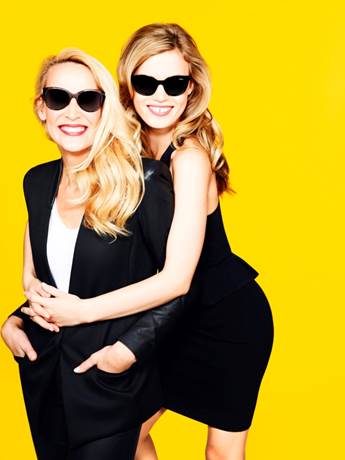 The Mother’s Day campaign will appear in Sunglass Hut stores around the globe, as well as online, social media, and print outlets. It will feature Georgia May and Jerry playfully hugging against a bright yellow backdrop wearing all black and dramatic cat-eye sunglasses.

In addition to appearing in the campaign with her mother, Georgia May also snapped photos of Jerry for her blog on Sunglass Hut’s website, “Georgia’s Journey.” As for working together, Georgia May remarked that, “Mom’s such a good model, I always get nervous about shooting with her.” While Jerry proudly noted, “She’s already so good. The best modelling advice I’ve given her is to be on time and be nice to everyone,” she concluded. 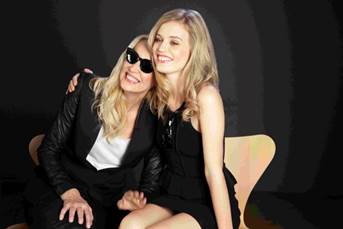 This is the second time that Sunglass Hut and Georgia May made a campaign personal – the model and her musician boyfriend, Josh McLellan of Turbogeist fame, appeared together in its Holiday 2012 and Valentine’s Day 2013 campaigns. Georgia May remarked that “It’s quite fun to throw in people I know,” about the shoots. “We recognized immediately how multi-dimensional Georgia May is and it’s apparent with Jerry too. These women are phenomenal yet very down to earth,” said Fabio d’Angelantonio, Executive Vice President Sun and Luxury and Chief Marketing Officer at Luxottica. “It’s undeniable the influence they have on each other,” he continued, “And quite an honour to be able to feature mother and daughter in this new campaign.”

Like previous campaigns before, the Sunglass Hut’s Mother’s Day campaign is created to drive awareness of luxury and designer sunglasses during key gift-giving moments. The campaign will be celebrated in May when Georgia May and Jerry will appear together at Sunglass Hut’s Fifth Avenue Flagship store in New York City. 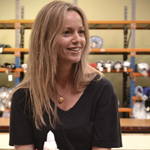 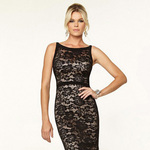 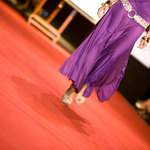