By Tiffany Bakker for The Style Glossy

At the time of this interview, Sarah Blasko had a cold -- and a bad one, at that. “You’re lucky you can’t see me,” she snorted down the line from London, where she’s currently based. “I look a picture.”

Although she was feeling a little less than stellar, the Sydney singer/songwriter is still a style icon -- albeit an accidental one. Quirky, unique and almost endearingly awkward, Blasko has long favoured vintage 1940s dresses, classic silk shirts, lace-up shoes and half-boots, a style she says comes from “a lifetime of shopping in op-shops”.

Right now, Blasko is perhaps Australia’s most prominent female performer. Success, she says, has been a “slow build” (a high school music teacher once told her she didn’t have a musical bone in her body), but that’s just the way she likes it. Her first album (The Overture and the Underscore) unleashed a promising-yet-unpolished talent while the second (What The Sea Wants, The Sea Will Have) showcased the oblique lyricism and simple arrangements that became her trademark. Her most recent album, the beautifully haunting As Day Follows Night, is perhaps her most personal and emotional release yet, with such themes as doomed love, anxiety and pervading doubts. “It definitely came from a dark place,” she says, “but I’m ready to brighten up a bit now.”

THE STYLE GLOSSY: Where do you like to shop?

SARAH BLASKO: Op-shops, markets and antique stores. I don’t really like new things at all.

SB: No. Growing up, we didn’t have a lot. My parents were missionaries in Reunion (a French island in the Indian Ocean), and we moved to Sydney where they became heavily involved in church activities. A lot of my clothes were bought from secondhand stores because my parents couldn’t afford a lot of new clothes. Even now, I can’t bear to see things get wasted; it really bothers me. I do think my love of vintage clothes and furniture stems from that.

TSG: How does fashion fit into your life now?

SB: I’d say it’s a hobby for me. I’ve always loved going to secondhand shops and just picking through everything. I like to trawl through the shops in Newtown, Sydney. More recently, I’ve found better stuff when I’m on tour in the Australian countryside. I think I’ve already picked through all of the op-shops in the cities.

TSG: How has your own onstage style evolved?

SB: When I first started performing onstage, I would just wear exactly what I would wear off it: dresses, flat shoes and stuff I found in vintage stores. On the last two tours, I’ve had Noella Thomson, a designer from Melbourne, collaborate with me on my costumes. She’s incorporated things into my outfits that change throughout the set. It’s been incredibly interesting and fun to collaborate on that kind of stuff. I’ve been enjoying it.

TSG: How would you sum up your recent stage style?

SB: It’s escapist, I guess. That’s something I like to convey in both my style and music. That’s why I’ve always loved people like Bjork. The past few tours, I’ve definitely started taking more risks -- the outfits have become a little more outlandish and interesting.

TSG: Yes, tell us about the “magician” outfit you were sporting on your last tour.

SB: That was Noella Thomson again. That dress was done very quickly -- in a week and a half. We wanted to build a surprise into it, so Noella worked scarves into the breast pocket that I could pull out. It looked like a magic act.

TSG: She also designed that dress with the sleeves that popped open.

SB: Yeah, I think that was the first one she did for me. That was like some sort of kaleidoscope.

TSG: And your own style icon is? 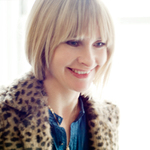 Fashions for the Changing Seasons 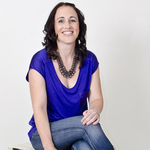 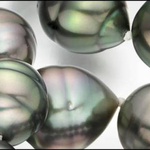