Revlon New Complexion™ Oil Control Makeup has an oil-controlling benefit that particularly addresses the needs of younger women, with oil and clogged pores considered one of their top concerns.  The advanced oil-free formula won’t clog pores and will leave skin with a soft luminous finish.

Revlon New Complexion™ Oil Control Makeup has the ability to control oil, yet look so lightweight and fresh. The coverage is whatever you want it to be, with a very innovative texture that allows you to go as sheer or as covered as you like. With a recommended retail price of only $24.95, Revlon New Complexion™ Oil Control Makeup is a great entry point for younger women.

A little tip on application is to use fingertips for most coverage, sponge for medium and a brush for sheer coverage.

"I was recently asked to trial Revlon’s New Complexion™ Oil Control Makeup, I agreed, and decided I would really put it to the test with a good night out. I used shade 05 Natural Beige, which was a perfect colour match for my skin tone. Quite simply, the makeup did its job. I like a heavy coverage at night, and was able to build up the foundation to achieve this. There was also no initial need to use a powder and I didn’t need to reapply any makeup during the night; I usually get quite shiny so the ‘just in case’ powder I had at the ready was indeed superfluous.  I’d recommend this foundation to only those with oily skin types, as it really does what it was intended for! It is also perfect for daywear and/or nightwear due to the variability of coverage which is able to be achieved." 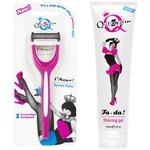 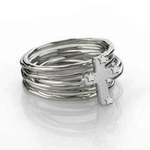 We all love precious metals 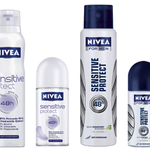