How Quinoa is a Great Source of Protein and Nutrients

Quinoa (pronounced keen-wah) has been called a super food and is actually the seed of a plant related to vegetables such as beet and spinach and is a great source of protein and nutrients. This grain was the staple diet of the Incas and was considered to be sacred and used to treat ailments such as appendicitis and even used as ointment to be placed on wounds. Both the seed and the leaves are edible even though most people are only familiar with the Quinoa seed which sometimes replace rice in dishes, is cooked as a pilaf or popped to make a form of popcorn used to garnish food. Health Benefits of Quinoa
This little seed is considered to be the only complete protein grain and packs a whole lot of nutrients for such a tiny seed. It amazingly enough contains all 9 of the amino acids needed as building block for muscles in the body. When compared to other grains such as corn, wheat and barley, quinoa contains more zinc, potassium, calcium, iron, phosphorous, manganese and magnesium and on cup of quinoa contains an amazing 24 grams of complete protein which is 48 percent of the daily recommended value. As if this is not enough, quinoa is also a great source of omega-3 fatty acids, thiamine, copper, lysine, vitamin B6 and B2 and a good source of fiber.

People suffering from allergies or Crohn's and celiac disease can benefit from eating quinoa as it is completely wheat and gluten free. It has been proven that quinoa and similar foods containing a high amount of insoluble fiber help to prevent breast cancer and gallstones. Quinoa can even decrease the occurrence of migraine headaches because of the magnesium content that helps relax blood vessels. Vegetarians and vegans doing weight training will also benefit from eating quinoa as it the lysine found in quinoa helps the body in building proteins.

Because so many nutrients are found in Quinoa it is believed that it contains qualities that can assist in the prevention of cancer. The same nutrients will also contribute to keeping your heart and bones healthy.
Preparing Quinoa

To make this grain more digestible it is recommended that you soak and rinse Quinoa thoroughly before cooking. Just like rice, Quinoa will expand and increase in size during the cooking process which is something to keep in mind when measuring your Quinoa for cooking. Once the Quinoa has soaked for a couple of hours and has been rinsed, pour it into a pot with double the amount of water. Bring the water to a boil, reduce the heat and cover the pot with a lid to allow the Quinoa to simmer. After about 15 minutes of simmering you will notice that the grains will become translucent with a white tail forming on each grain. This is an indication that your Quinoa is ready. You can either eat your Quinoa as is or season it with your choice of seasoning or salt before serving. 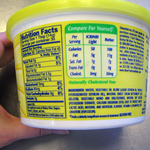 How to Read Nutrition Labels 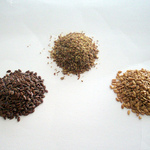 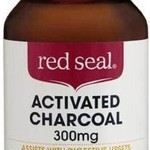