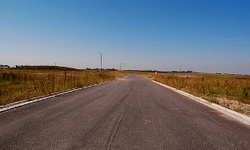 When did anyone last hear officials and professionals talking enthusiastically about the social and economic benefits resulting from the subdivision of land to create secure, clean and tradeable title? Indeed, any Regional or District plan is likely to include a long list of the potential problems caused by subdivision, but will mention few, if any, of the benefits. In Peru, during the eighties, Hernando De Soto and the Institute for Liberty and Democracy promoted land reforms that led to more than 1.2 million rural families being given titles to the land they worked. One major grant of titles to a whole village was celebrated on television. When the... read full article