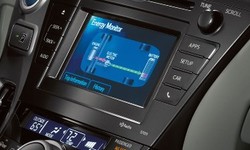 Given recent activity from companies like Google, Apple and Microsoft, it’s clear that the tech sector is driving straight into the heart of the auto industry. Google, for example, recently announced the impending integration of its Android platform into some automobiles via a group called the Open Automotive Alliance (OAA). This partnership, which includes Google, Audi, GM, Honda, Hyundai and visual computing company NVIDIA, plans to roll out the first Android-integrated cars later this year, according to an OAA press release. The group’s self-stated mission is to establish “a common platform that will drive innovation and make... read full article