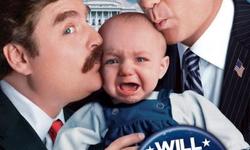 As with any comedy, The Campaign is destined to draw mixed reactions since humour is so highly subjective. To be sure, this Will Ferrell/Zach Galifianakis pair-up is not a game-changing comedy like it had the potential to be in sharper hands, but I cannot deny that the film worked for me. Often hilarious and rarely boring thanks to the boundless energy afforded by reliable comedic director Jay Roach, The Campaign is a welcome offering of R-rated comedy glee. It’s forgettable mainstream fluff, but it’s always satisfying to behold a comedy which succeeds in making you laugh on a consistent basis. For years, Democratic... read full article