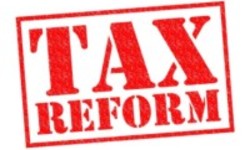 “Never let the truth get in the way of a good story.” The quote is attributed to Mark Twain but he could have been talking about New Zealand where misinformation campaigns continue apace. What’s worse is that these days they get reported as news. In particular, there is a continuing stream of stories in the media, not only about the how the rich are getting richer and the poor, poorer, but also about how more and more children are living in poverty. Yet when the Government finally released some new facts and figures that shed light on the issues and countered the propaganda, it was hardly reported. Last week Treasury released its 2016... read full article