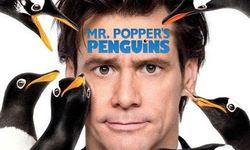 After his work in the audacious sleeper I Love You Phillip Morris, 2011’s Mr. Popper’s Penguins finds legendary funny man Jim Carrey back in pure paycheque territory. Instead of a worthwhile vehicle for Carrey’s dramatic and/or comedic chops, Mr. Popper’s Penguins has Carrey playing second fiddle to CGI penguins and working from a completely formulaic script based on the 1938 children’s book of the same name. Admittedly, though, while this is definitely a commercial adaptation of a beloved classic, it’s not exactly an abomination. By no stretch is this a good movie, but it’s not awful... read full article