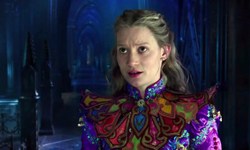 Alice is back, and just as whimsical as before. However, with 6 extra years under our belts since the release of the first ‘Alice in Wonderland’ movie, you would think the nostalgia would kick in. But, alas dear Disney fanatics, this is not the case. The quirky, dark, and fantastical world of Underland has been tainted by the smell of money. “Dear James Bobin, you have ruined the magic”. With a cast bigger than a Cheshire’s grin, one would expect big things from the franchise sequel. The original ‘2010’ film directed by Tim Burton boasted a gorgeous display of shadowy and mystical creatures. But despite its... read full article