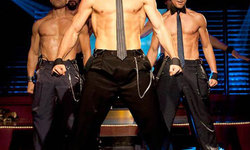 Anyone heading along to Magic Mike, a comedy-drama about the world of male strippers, might expect a sexy romp full of hot bods, provocative dance moves, and shrieks of “take it off”, both from the film’s extra’s and the largely female-based cinema-goers. Taking into account that Channing Tatum’s chiselled cheeks are on display in the opening scene, this assumption wouldn’t be far off. But Magic Mike is so much more than a sexcapade into the life of a male stripper. It’s a highly revealing look into the seedy underworld that is part of the stripper industry, which is certainly not all “Women, money and a good... read full article