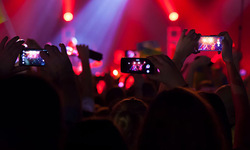 Two hot new apps will let couch potatoes everywhere live vicariously through other people’s experiences — as they are happening. Meerkat and Periscope are the latest in socially connected apps that let users broadcast live video. While similar apps such as Ustream have been around for years, Meerkat and Periscope have gained users quickly through the attraction of a minimalist interface, a sense of immediacy, and the ability for viewers to send messages and even bestow their approval of live streams in real time. With just a few taps, users can send a flurry of hearts flying across the screen, or touch a heart icon to show their pleasure.... read full article