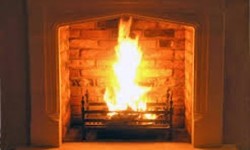 The Green Party had a significant impact on government regulation and legislation during the nine years Helen Clark was Prime Minister. Many radical environmental initiatives were introduced by Labour as a result of their influence and while some were eventually dropped or terminated by the National Government, others, like the ban on household fires and older wood burners, remain in place. The Sustainable Development for New Zealand Programme of Action, launched by then Minister of the Environment, Marion Hobbs, in 2003 was one of the main catalysts for action. The document explains, “Sustainable development was brought to international attention... read full article