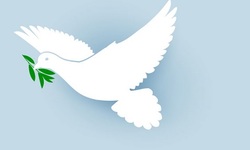 The world spends more than $1.6 trillion a year on its armed forces and $600 million to $800 million on conflict mediation, if you include the peacemaking work of the United Nations and of regional and national organizations. The approximately 2,000-to-one imbalance is massive, but sadly not surprising. Outside the milieu of official diplomacy are half a dozen private organizations whose mission is to resolve armed conflicts by bringing together the opposing sides and helping them reach a peaceful settlement. Among these, the largest is Geneva’s Centre for Humanitarian Dialogue (HD), founded in 1999 and with an annual budget of $30 million and... read full article