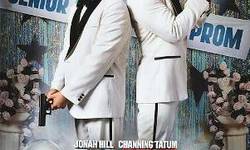 Are you a fan of the old 21 Jump Street television show expecting this new film to be a respectful revamp? If so, stay far, far away from 2012’s 21 Jump Street. Outside of the title and the basic premise of cops going undercover in a high school, this film has nothing in common with the old TV series as it adopts a completely different tone and spirit. The film exists in the same continuity as its predecessor, but it’s a vehemently R-rated affair with a new slate of profane characters and a modern comedic sensibility. And surprisingly, it actually works, especially with the film evoking meta undertones as it raises some... read full article