Live More Awesome, a New Zealand Charity, is helping to raise awareness about the problems associated with depression by organizing their biggest fundraiser to date: The World's Biggest Waterslide. The event will be on the 23rd & 24th of February and all the proceeds will go to fund our charity and the continued assault on depression.

The event has three enormous slides. The first slide is 650 metres of awesome. That’s as long as two Auckland Skytowers! And, it's down a massive hill, so it will also be fast. The second slide is a 90 metre long slide with a jump at the bottom to send riders hurtling through the air into a pool! This slide will not be for the faint hearted! The third slide is a 60 metre grandma slip'n'slide on a nice gentle slope that everyone will be able to enjoy!

And that’s not all! In addition to unlimited rides on all the slides, the full day ticket includes a secret lineup of top New Zealand musical acts and DJs with help from George FM, entertainment in various forms (such as a massive inflatable Soap Soccer pitch), access to a variety of food and (non-alcoholic) drink stalls and a goody bag upon entry filled with fun things from Live More Awesome supporters. Together with the sun, smiles and incredible views of Auckland city, this is not an event you will want to miss.

So pack a picnic (you can bring your own food and sealed drinks (no alcohol)), bring some friends, and break a world record for a great cause! This is your only chance to ride the world's biggest waterslide, and it's only thirty minutes from Auckland CBD!

Get your tickets or donate. 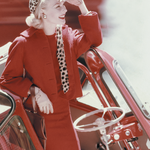 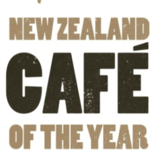