Love your local café? Now’s your chance to tell New Zealand about it!

Public voting has opened in the inaugural New Zealand Café of the Year competition to determine which deserves the title of the country’s best.

Hundreds of cafés from Invercargill to Kaitaia have already entered the competition and now it’s time for Kiwi café lovers to have their say.

Public voting via text, online and Facebook closes on October 28. Once the votes are counted the top three cafés from five key regions go through for judging. They are scored by an expert panel based on appearance, atmosphere, service, meals and overall experience, and a winner will be chosen.

The judging panel includes some of New Zealand’s top food critics and chefs supported by The Restaurant Association of New Zealand.

Chief Executive of Restaurant Association Marisa Bidois says it’s great to see such a variety of entries representing every type of café.

“From country eateries serving home cooked fare to sophisticated city establishments with the best baristas in the business, they are all keen to show what sets them apart.

“We have cafés in Urenui, Ahipara, Sanson, Oamaru, Greymouth, Gore, Raetihi, Katikati and a myriad of places in between, including all of the big cities.

“Café culture has flourished here since the flat white made its first appearance two decades ago. Milk bars, tea rooms and coffee houses have evolved into popular places where people don’t just meet anymore; they come to drink good coffee, read the newspaper, eat good food and even do business.

“There are a lot of passionate café-goers out there and their local café plays an important role in their lives. We’re expecting vigorous voting and regional rivalry between now and the end of October.”

The winning café will be announced in November and its baked beans and bacon dish will feature for a week on Wattie’s Food in a Minute.

The competition is supported by iconic food brands Kiwi Bacon and Wattie’s, together with the Restaurant Association of New Zealand. 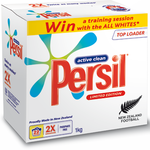 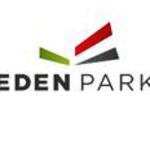