Who Wants To Be A Millionaire? Special Editions

Who Wants To Be A Millionaire? - the show - caused a huge stir when it first aired back in 1998; the same will never be said of this, the latest videogame iteration of the formula. While the ground-breaking TV show offered up never-before-seen cash mountains, this game is so basic it's practically phoned in by the developers.

But let's take a moment to explain the concept, in case you're not familiar with it. Given the - seemingly simple - task of answering 15 questions and walking away with a Million (Pounds, Euros, or Dollars - you can make your choice in the settings), players are also given three "lifelines" should they have trouble with the multi-choice questions.

The lifelines - which take the form of asking the audience, removing two wrong answers, and phoning a friend - are powerful allies, but then, there's no point walking out without having used them, so the strategy on when to use each is much of the interest in the gameshow format.

The game sticks almost religiously to the format established by the show, complete with asking for help from the imaginary audience or an imaginary friend - something that's also similar to religion, some might suggest.

The questions are the usual combination of various Trivial-Pursuit like categories, starting out child-like simple (there's even an achievement for getting the first one wrong), before advancing to devilishly difficult. In our play-throughs we didn't find any that seemed to rely on local knowledge, suggesting a careful and masterly selection procedure had taken place.

The presentation is your first clue that no one on the development team became a millionaire on the backs of this particular title. While it is definitely reminiscent of the actual show, it's also extremely basic. It has the music, sound effects, and camera pans of the real Millionaire, but that's where the comparisons stop being kind.

Rather than opting for a video-based presentation, which could leverage an actual host of the show from somewhere in the world, the developers have instead chosen to run with a generic animated game character. He's only got a few animations and a few lines to say, so he's typically sitting there like some sort of broken robot - a "feature" that's made all the more frustrating when the camera lingers on him during the transition between questions, for no particular reason and for what seems like an incredibly long time.

Furthermore, the camera - for reasons that only a developer could justify - seems to be actually attached (invisibly) to the presenter. The net effect of this peculiar technical decision is that, as the presenter nods or makes some sort of inflection with his head, the camera wobbles oddly around him in odd mimicry of his movements. It's very disconcerting.

It's a bit stink, basically, and something that could probably be achieved better with a straight-up text-based interface. There's not even any use for the money you make in the game, which seems like a glaring omission given that the main draw card of the show - winning an actual million bucks - isn't on offer here either. Surely it could have been used to unlock something?

If you're still interested in checking it out, it's worth noting that it supports local multiplayer (even with just one controller, if that's all you have) and that you can buy additional question packs (240 points / about $5 each). Even then, the multiplayer is a bit lacklustre (the last surviving player will continue to compete - by themselves - for the million, making for a boring experience for everyone else).

Basically, it's not as much fun as doing the daily trivia quiz in the paper over your morning coffee. Strictly for hardcore fans of the show or those that are extremely tolerant of low-budget game design. 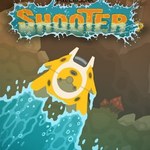 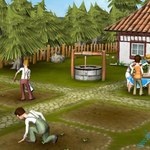 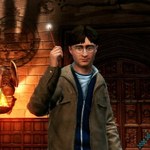