Virtual City Playground is the latest city management title from G5 Games, following on from last year's Virtual City for PC and iPhone. The game is operated via simple, one-finger screen taps and swipes.

Expect moments of frustration when your meaty digits miss the mark, but on the whole the interface is intuitive and responsive. The game has a definite Facebook-style feel about it, and proudly announces its ties with the social networking behemoth at every opportunity. Prompts to post achievements on your wall appear with annoying regularity, every time you complete a goal or level up. It's a bit like being subjected to a persistent child: eventually you'll cave.

First time mayors should be aware that, while Virtual City Playground is not as complex as 'hardcore' city-building sims, it certainly pays to have some experience with such games - or at least some idea of what's involved. Unfortunately there's no tutorial, but you can access hints when you first set out on your metropolis-building venture, and there's also a basic help section in the main menu. It's a sandbox game, but you are given a number of optional and progressive goals, such as building a certain number of houses, or manufacturing and delivering a certain amount of goods from A to B. Each completed goal is rewarded with goodies such as experience and money.

The focus is mainly on industry and logistics, rather than other (arguably less entertaining) aspects like taxes and infrastructure. Farms supply factories, which produce items to sell at retail outlets, earning revenue for further improvements and expansion. You have a limited amount of energy points with which to build, destroy, repair and upgrade. Energy accumulates slowly over time, so once you've run out you'll have to wait... or purchase more with real cash.

The downside of industry is that it generates a fair amount of traffic on the roads; from colour coded delivery trucks to public transport. To offset the carbon footprint and placate unhappy eco-conscious citizens, you can construct environmentally friendly structures and entertainment venues, such as shopping malls, theatres and sports stadiums.

All going well, it won't be long before you'll need to expand the city boundaries to make room for more buildings and roads. Expansions are purchased with two types of in-game currency. Like energy points, these also accumulate over time - even when you're not playing, but if patience is not one of your virtues you can spend real money to expedite the process.

Graphics are sharp, bright and intricate, with animations contributing to the impression of a bustling metropolis. It's nice to see some seasonal content, such as snow in December (even though it's not relevant here in NZ), and regular content updates ensure you'll never be short of things to do. Audio is comprised of chill out music and incidental sound FX... easy on the ears, if not particularly memorable.

All in all, Virtual City Playground is a slickly presented, entertaining city builder, which manages to fill a niche between 'serious' sims and the glut of sim-plistic offerings found on Facebook. Sure, the freemium limitations are sometimes frustrating, but we can definitely live with it. 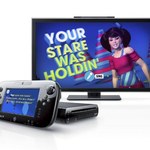 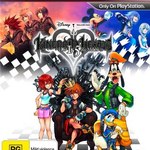 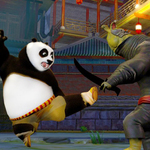