Ah, Trivial Pursuit. Many a happy hour has been frittered away around the table with family or friends, pulling your hair out, and exclaiming over how your questions are so much harder than those of your friend Jamie, who seems to know EVERYTHING, and always gets the easiest questions anyway!

So how have EA transformed Trivial Pursuit from the classic board game we all remember so fondly into an app for the iPad? By keeping it simple and not trying to get too clever on it, apparently. Which seems to have been a very effective approach.

The basic game mechanics are very simple...it’s trivia, after all, and you’re passing the iPad around your friends, or playing alone.

The music and graphics are also quite basic, and nothing to write home about. There are simple animations for when you roll the dice (using a flick with your finger on the screen) and when you get a wedge, etc.

In terms of how it plays, the questions are very simple, and even a little on the easy side. And unlike the board game, with this app you’re passing the iPad around to each player, and choosing your answers from a multiple choice list, which makes it a lot less social than the old days of one player reading the questions out to the group, and everyone having their own ideas about which is the right answer.

If you’re a fan of Trivial Pursuit, this is a great option for taking it with you wherever you go: on the bus, or into the lunchroom at work. Yes, it’s definitely not as good as sitting down with a group of friends around the board game, but then having a mobile version has its benefits also. You’re not going to have to worry about losing any of the little wedge pieces down the back of the bus seat, or Brian from Accounts going through and memorising the answers in the box prior to the Friday night office championship.

It’s Trivial Pursuit, on the iPad. Nothing more, nothing less. There’s no thrills, no real excitement, but if that’s all you want, then fantastic! You can expand it easily; there’s expansion packs you can buy very cheaply that add another couple of hundred questions to keep the challenge fresh. Three of them (TV, Sports, and Encyclopedia packs) are $1.29, while the Master Edition pack is $2.59, all prices in NZD.

If you’re looking for something with cool characters, animations or special effects, you’ll be disappointed, and you won’t find that here. Otherwise, it’s Trival Pursuit on the iPad. 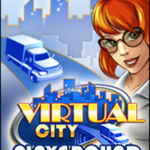 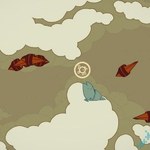