Rhythm Thief & the Emperor's Treasure is, as you might have deduced from the title alone, an adventure game with a twist. Specifically, the twist - also plainly on display in the name of the game - is that much of the gameplay revolves around doing things in time to music.

Published by SEGA, one of the strongest lasting impressions when all is said and done is that it's very similar in feel to Space Channel 5 - another SEGA game that revolves around not being crap with music. The way I phrased that last bit was deliberate; I'm a bit rubbish when it comes to musical stuff. Space Channel 5, for example, all but stumped me - and very quickly, at that. Despite my lack of ability in the area, games based on the concept of doing things in time with music, for whatever reason, draw me in like a Siren's call.

The game is structured as an adventure of sorts, where you - as protagonist Ralph - are attempting to solve the mystery of the disappearance of your father. Things are made somewhat more interesting, and more Japanese, by the fact that you also secretly double as the art thief Phantom R.

Gameplay, then, is a mix of wandering around an overworld map, talking to people, and completing rhythm-based minigames. The way each works is varied, but - like most rhythm games - each requires you to press a button or swipe the stylus in a particular way at the appropriate time, which is indicated by a combination of on-screen animation and a button guide graphic.

Some of the games, as you'd expect in a title that is packed full of variations on a theme, are more successful than others. Swiping in time to the music to make Ralph dance is fun, while pressing a button to make him hide behind statues - while it packs a germ of genuine awesome - is somewhat less thoroughly successful.

Something else that seems good in theory but, in practice, gets chalked up in the "miss" category, is the game's insistence on concealing collectable medals in the various static screens that are displayed at each of the map's locations. Effectively, this means that you need to tap at random on the screen in the hopes you'll find a group of medals (which you use to buy unlockable items in the game). If the medals were hidden behind bits of the picture that made some sort of sense, like in a Lucasarts point & click adventure for example, that would be fine - and fun, probably. But they're not, so it isn't.

The setting, on the other hand, is great. It works well if you've never been to Paris, but if you have it's even more interesting and familiar. It leverages many of the romantic city's most significant landmarks to great effect, resulting in a title that - while very cartoony in presentation - just oozes atmosphere and place.

Visually it's pretty decent, with the cutscenes - all of which are fully animated with high production values - a particular highlight. They're that good, in fact, they'd stand up very well against any modern Anime. The rest of the game is fairly simple in presentation but, where the games lack in texture detail or polygons, they showcase strong, likeable characters and a narrative that - while quirky - you want to follow to its conclusion.

If you've got a 3DS and a hankering to do things in time to music, you're hardly spoiled for choice. That isn't why I'd recommend you pick up Rhythm Thief, however. Instead, I'm giving it my hearty thumbs up because, despite the occasional clunker minigame, Rhythm Thief & the Emperor's Treasure is about as connected an experience as you'll find in the genre. The characters are cool, the narrative interesting, and the gameplay (mostly) very enjoyable. You can do a lot worse, and you'll be hard pressed to do any better - here's hoping for a sequel! 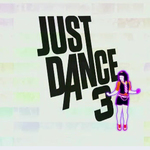 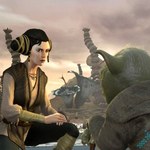 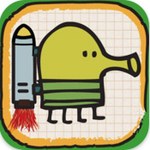