I’m honestly surprised that it’s taken this long to get a Persona-themed rhythm game. Given the series’ track record for excellent, pop-infused soundtracks, the growing popularity of music games and idol simulators (especially in Japan), and the fact that Persona 4 has had a pop star as one of its main characters since it first came out in 2008, a Persona music game seemed natural. Instead, the seven years since Persona 4’s release have given us a remake, two fighting games, and most surprisingly, a crossover with Etrian Odyssey. To be fair, all of these games are excellent, but none of them is the rhythm game that Persona so deserves.

Enter Persona 4: Dancing All Night. Just as Theatrhythm Final Fantasy took that series’ memorable music and made a game of it, Dancing All Night has players hitting buttons to the beat of various tracks from Persona 4. But that’s where the similarities end, because Dancing All Night sets a new bar for the “rhythm games adapted from other genres” niche, and indeed, for the genre as a whole.

For starters, this isn’t some sort of comical, nonsense tie-in - it tells the next canonical chapter in the Persona 4 story, after the events of Persona 4 Arena: Ultimax and the epilogue in Persona 4 Golden. This is a series renowned for its story, and Dancing All Night doesn’t miss a beat in adapting that to a rhythm game setting.

On paper, the premise sounds ridiculous: pulled into something called the “Midnight Stage” (which is loosely analogous to Persona 4’s Midnight Channel), the Investigation Team must once again do battle with Shadows, only this time, they win by dancing their hearts out. In practice, it works surprisingly well; the “dance battle” setup not only makes sense within the game’s narrative, but it fits really well into the Persona mythos and carries over a lot of the same themes - of self-doubt, of confronting insecurities, and of hiding one’s true self behind a persona.

The story is presented in a visual novel style, much like Persona 4 Arena’s, which means lots of gorgeous still artwork and a first-person narrative that offers some interesting insight into the three main characters: Yu Narukami, Rise Kujikawa, and Kanami Mashita. If you don’t like having a lot of reading in your story, you’re probably not going to like what Dancing All Night offers (at least as far as Story Mode), but this is also pretty standard for the Persona series.

Story Mode throws you into dance battles at regular occasions, but the meat of the rhythm gameplay is in Free Dance, which is where you’ll “fight” your way through the game’s 27 songs and four difficulties. That may seem like a low number for a rhythm game, and it is, but that’s because Atlus have gone for quality over quantity, here.

Rather than simply bringing the music across directly, each song in Dancing All Night is a remix of some track or another from one of the Persona 4 games. Aside from being fresh, and universally excellent, takes on the games’ original music, the remixes have been made for the express purpose of a rhythm game. As a result, they’re much more “danceable”, and make Dancing All Night is reminiscent of something like Dance Dance Revolution. In Theatrhythm, there are plenty of tracks that feel a bit wasted - not because the music isn’t good, but because it’s not really made for the purposes of dancing. That’s not a problem you’ll find here.

The music is so good, in fact, that I’d even encourage pre-ordering the game’s Disco Fever Edition, just to ensure you get yourself the soundtrack. After playing Dancing All Night, you’ll want to have the music readily available wherever you go.

The other thing that makes the music so good is that rather than having some sort of generic dancing going on in the background, each one has an individually choreographed and motion-captured dance to go with it. As well as being great to watch, the fact that each character is actually dancing to the music adds a sense of authenticity to the presentation, and when dancing is so central to the plot, that’s important. The choreography is also cleverly tied into each character’s personality - Yukiko, the demure, traditional innkeeper’s daughter, has a classical style of dance, a stark contrast to the erratic, exuberant movements of Kanji or the or the fun, poppy steps of Rise.

The tradeoff here is that you can’t choose your dancer. Each song as a single “main” character, and four to six options for partners who show up at certain points if you perform well enough. This may come as a disappointment, and I felt the same way at first, but on the other hand, it ensures that you get to see everyone rather than just picking your favourite character and sticking to them.

The basic formula of rhythm games - press buttons in time to music - doesn’t really change much, and if you’re familiar with the genre, nothing in Dancing All Night is going to come as a surprise. At the same time, it does take a bit of getting used to, mainly because of the way it’s presented. Rather than being locked to a limited section of the screen, note markers come out of the center of the screen and travel to the sides, which means you have to focus your attention on the whole screen area at once. The Vita screen isn’t huge, but it’s big enough for that you’ll most likely find yourself missing notes because you didn’t see them, at least at first. Once you get used to them, this problem becomes almost non-existent, but expect to spend a bit of time acquainting yourself.

Beyond that, though, Dancing All Night gets what I think of as the core hook of rhythm games - progression and perfection - perfect. Between the easiest songs on Easy and the hardest on All Night, there’s a huge breadth of difficulty, but this is the kind of game that rewards practice and persistence. The first time I tried a song on All Night - and the easiest one, at that - I died in about 5 seconds. Now, I play All Night songs with modifiers to make them more challenging. I’m not saying this to brag, but to demonstrate the sense of progression that Dancing All Night offers; not in terms of anything mechanical, like a levelling system, but in terms of mastery over the game.

Various modifiers make the songs easier or harder, with a bonus or hit to score and winnings to go with it. Some of this are minor, like mirroring the notes or reducing the penalty for missing a note. Others are more significant - no dying (though you can still fail a song by completing it with too low a score), or making all note markers invisible. That last one gives you an 800% boost to any money you earn, but good luck actually finishing even an easy song with it turned on.

For a more mechanical sense of progression, there’s a shop full of outfits to buy, which range from really cool-looking (Yu’s “Hardboiled Look”), to ridiculous (Yosuke’s werewolf costume), to “that’s outrageous, but damned if he doesn’t work it” (Kanji’s Dangerous Briefs - speedos with a skull and crossbones motif on the back). There are also Trophies to collect, with a very easy Platinum for any trophy-collectors, and in-game collectibles called Medals, which offer a bit more of a challenge. I’m slowly working my way towards the last one of those - “Earn $10,000,000”. I’m about halfway there…

Now I’m just hoping that once Persona 5 is out in the wild next year, we get a Persona 5: Dancing All Night to go with it.

Persona 4: Dancing All Night
On Vita 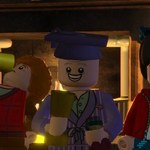 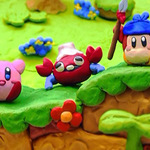