Typing games have always been under-represented in the business. While this could be due to them being tied to the often derided “edutainment” genre, the more likely explanation is simpler than that: how do you gamify something as rote and mechanical as bashing words out on a keyboard? The slick presentation and general nonsense of games like Typing of the Dead have made dents in problem, but none of them have punctured it.

Epistory: Typing Chronicles is a game that takes its own unique spin on the genre, applying the open-world dungeon crawling principles of Zelda, layered with typical role-playing game progression. While some minor mechanical inconsistencies hinder the experience, it’s the totally clichéd, predictable storytelling that undoes a lot of the goodwill the game engenders.

Epistory has you control a young girl atop an origami-styled fox, riding your way through an expansive paper-craft world. When you encounter puzzle elements, destructible objects, or enemies, you can plant your feet and enter typing mode, where anything that can be interacted with will have a word over it. Type the word out, and you’ll deal with it accordingly – you’ll flip a switch, cut a tree down, or squash a bug.

Complex puzzles or hard enemies require you to type out multiple words, often in quick succession. While I appreciate that most of the words you’re typing out are thematically appropriate to the object or enemy, the late game solution to ramping up the difficulty is to throw a bunch of nominalisations at you – colloquially known as zombie nouns. Globe will become global, which then becomes globalise, and finally globalisation. By the end of your game, you’ll become intimately familiar with the ‘I’, ‘O,’ and ‘N’ keys of your keyboard.

As you move through areas of the game, new zones unfurl and unfold before you, with trees, rocks, and other landmarks popping up like the cardboard cut-outs in a popup book. All of them are beautiful to look at, with a rich, bright colour palette helping to differentiate each one: the forest zone is lush and green, the desert dry and yellow, and the tundra white and pristine.

To progress, you’ll have to delve into dungeons within each zone, and unlock special powers that augment your typing abilities. The fire skill will let you burn down sharp brambles, but will also slowly burn away at an enemy’s next word, so you can focus on other threats rushing you down. Conversely, the ice skill will let you freeze over bodies of water so you can cross them, but also stop enemies in their tracks. Late game encounters are especially tense but rewarding, as you’re swapping between the game’s four elemental skills on the fly, trying to pick optimal elements whilst bashing out words.

Layered on top of all of this are light RPG mechanics. Defeating enemies grants you experience points, which help you level and gain skill points. You can distribute these points into passive benefits, like increasing your movement speed, prolonging the combo multiplier on your word-attacks, or adding a knock-back effect to your hits. It’s a nice carrot-on-a-stick approach, but by the time I finished the game I unlocked every upgrade without engaging in many side activities at all.

Wrapping the package together is a story that – at the outset – seems to be a journey of self-discovery, or an extended metaphor about a writer’s anxieties as they deal with their craft. The game generally makes good on exploring these concepts, largely due to the narrator’s ability to capture that sense of fear and delight that all writers experience when making something from nothing. The long-term payoff tying this all together, however, is one of the more baffling narrative choices I’ve encountered – of the “you were in a coma all along” variety. By tying their metaphors to something so banal, they undo whatever emotional response they elicit in the first place.

Epistory: Typing Chronicles is a gorgeous, engaging, flawed experience. Exploring its colour-soaked world, and interacting with it by hammering out words on a keyboard is immensely pleasurable – perhaps the most pleasurable it’s been in such a narrow genre. The clichéd story elements that it relies on, however, undermines its taut mechanics, and also spoil whatever broader metaphors the game successfully explores. 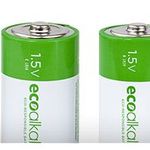 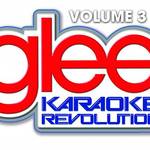 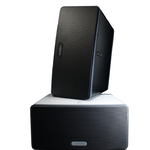