Family Guy: Back to the Multiverse

A new Family Guy game is here, and you know what that means: political correctness can go hide in a tree somewhere. At least, that's what you'd hope from this irreverent franchise.

And that's exactly what we seem to be getting in Family Guy: Back to the Multiverse, a 3rd-person action-adventure romp through a series of (you guessed it) alternate universes, each with their own "what-if" scenarios and themes. The main level shown to me today? One where handicapped people ruled with an iron fist. Or perhaps an iron crutch. Yes, everyone's either in a wheelchair or on crutches, and they’re all really pissed off at you. So naturally, it’s your job — as one (or two) of the members of the Griffin family — to blast them away with shotguns, whack them with irons, and generally cause cripple-focused carnage.

My main thoughts when watching the developers play through the level:

• This looks exactly like The Simpsons Game, which was also a 3rd-person action-adventure. The cel shaded graphics, the animations: it was almost eerily reminiscent. Not that that’s necessarily a bad thing: it still looks visually exciting, and everything pops on screen. But you do seem to be performing much the same actions: defeating waves of enemies, employing wacky character-specific powers, and taking down crazy bosses.

• The voice actors are all there, and from what I’ve seen, the general tone of the game is spot-on when compared to the cartoon. This, coupled with the gameplay, is basically the most important thing to get right, and the developers seem to be on the right track.

• Stewie can drink soda to get on a sugar high. His little feet zipping around at double speed had me cracking up, or at least chuckling quietly to myself. Brian’s equivalent, of course, is swigging down a bottle of booze and flicking over to the ‘murderous rampage’ side of his personality.

• They’ve really gone to town on the handicap jokes. In this world, the Statue of Liberty has a blank, open-mouthed expression on her face, and now rests in a wheelchair. Tasteful? No, but fans of the show will dig it. Expect groups to be mightily offended!

• The end of the handicap level has you face off against Joe Swanson, only he’s at the head of a giant Voltron-esque assemblage of hundreds of people in wheelchairs.

After that, I was quickly shown a challenge mode in a world where Amish folk had gotten sick of all the tourists in their town and decided to start shooting them. Your goal, of course, was to slaughter the Amish while avoiding the tourists.

So there you go. I suspect it’s going to end up being a pretty typical 3rd person action game with the Family Guy license layered over the top. The key question is, how well will that be layered? We’ll find out soon enough. 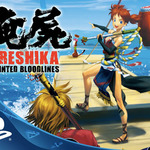 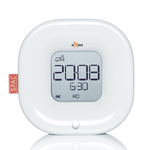 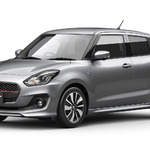