Big Day Out is celebrating its 20th year as New Zealand and Australia’s premier musical festival. In the months leading up to the event, Chelsey will profile various artists from the 2012 lineup – making sure you know who to catch in January. 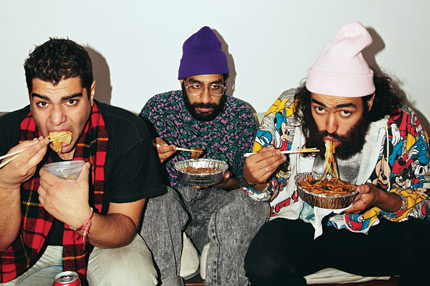 Who the f*@k are they: Some people claim they are a joke, others are sure the joke is on us. One thing we can all agree on is that Das Racist is one of the most interesting acts in the currently burgeoning indie-rap scene. The trio first gained public recognition with their YouTube sensation "Combination Pizza Hut and Taco Bell." The track has almost two million views, and consists of two stoned guys contemplating the synthesis of Italian and Mexican fast food. But this head-scratching response is the exact reaction Das Racist want. Their existential rambling "hahahaha jk?" was included on Rolling Stone's 'Best Songs of 2010' - so it seems Das Racist are having the last laugh. Hailed as the finest purveryors of hipster-hop, Das Racist come at a time when we need them most. They don't wear huge bling; they refuse to sing about cars, bitches and money. Since when did rap become so god damn self-important... Das Racist could be the first group since the Beastie Boys that don't take themselves seriously.

Hails from: Himanshu Suri (born in Queens, NY) and Victor Vazquez (born in San Francisco, California) met at Wesleyan University in Connecticut. Suri’s parents are Indian, and Vazquez is of Afro-Cuban and white Italian parentage. They are about as multi-ethnic as you can get...

Sounds like: If the Beastie Boys were born in India; or what Ice Cube would sound like if never he made Disney movies. On their own unique sound, Das Racist muse: “They say I act white but sound black/ But act black but sound white/ But what’s my sound bite supposed to sound like?” Well, it sounds a lot like Das Racist...

Why you should check them out: While they may not be the most lively group at Big Day Out, they sure as hell are the most unique. They are a must see for any hip-hop, rap or indie fans. Or for anyone who hates hip-hop, rap or indie. But don't take my word for it, check out their ridiculously addictive hit single below (I have embedded the Wallpaper remix because it is one of my favourite songs of 2010, but the original is just as good):

I'm at the combination Pizza Hut and Taco Bell, where you at? 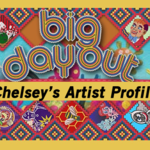 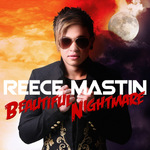