One Thousand Ropes: A Pasifika puzzle, nestled inside an NZ enigma

Like the traditional Samoan Pork Bun, or Keke Pua'a, this is a substantial film, with a meaty centre. It’s slow moving, rather like chewing through the dough on a pork bun, but it’s not tedious. Another analogy from the film, is that making a good batch of dough is something that can’t be rushed. But it can be helped. And once the issue is attended to, whether it’s making sure the dough is ready on time by using an electrical mixer, or transforming the lives of the central characters by seeking redemption, the outcome is positive. 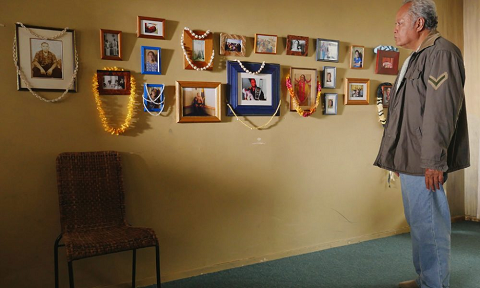 Samoan New Zealander, Tusi Tamasese's One Thousand Ropes has Maea (Uelese Petaia) as its protagonist, a traditional, male midwife whose official job occurs in the early hours of the morning when he works in a bakery, and makes authentic Samoan pork buns.  The motif of Maea’s hands is skilfully utilised – these hands can heal people (he soothes the tummies of pregnant ladies); they can create wonderful food (he turns out delicious pork buns) and they can even coax an evil spirit out of a womb (the evil spirit, a battered woman, haunts his house in response.) However, juxtaposed with all the gentleness and tenderness of the nurturing hands, is the clear depiction of the scars on Maea’s hands. These are hands that have known violence, and they would also have inflicted violence. And with this motif, the paradox that threads through life, Maea’s, yours, mine, emerges. We have within us the ability to generate so much that is positive: healing, creativity, deliverance; yet we often end up hurting those we love and those who are closest to us.

Tamasese symbolically depicts Maea’s alienation from his family, by locating him within a sparsely furnished Wellington apartment. The lack of furniture mirrors the lack of family members furnishing his life with love and care. Similarly, the bare wall, from which family portraits have been removed, is pocked with nails and marked with discoloured shapes. The wall looks wounded, like skin from which a scab has been torn off too soon.  When his estranged daughter, IIisa (Frankie Adams), turns up unexpectedly at his house, Maea takes her in. She has been bashed and beaten, but she is also pregnant, and the viewer realises that Maea will be impelled to act because of her arrival. The question is: will he choose violence and seek retribution for the wrong done to Ilisa, or will he show restraint?

This is an intriguing film that offers an insight into the often hidden world of the Samoan community. The face of Samoa we are most familiar with is that of the brawny rugby player, or the sedate ladies from the Samoan church choir, or the comedic antics of the ‘brown boys’ waiting at the bus stop. One Thousand Ropes, however, splices together a multitude of ropes of meaning. The cyclical nature of life is represented by the embryonic cord - that rope which keeps baby alive – and which is then buried with the placenta. There are the ropes that fence off the boxing ring which is where the aggression of champion boxer Maea should have been contained, and there are the metaphorical ropes of the past that bind an abusive man to continually seek redemption. There may not literally be 1000 ropes, but there are several other representations of ropes: the ropes that bind family together, the ropes of brotherhood that bond men together in a kava group, and the mythical ropes that Maui used to haul the sun into the sky, plaiting together the world of the literal and legend. It’s fitting then that the protagonist’s name is Maea, as this means ‘rope’ in Samoan.

Although there’s no ‘action’ in this film, there is a ghost. Yet this is not a horror movie. The plot is scant, but culturally rich with authentic settings and props, and the characters offer complexity and sustain the viewer’s interest. The dialogue is told almost exclusively through sub-titles, yet it does not feel like a foreign film, since a Kiwi viewer feels they know the Pasifika community in Aotearoa. It’s an interesting mix of the foreign and the familiar – not a film that will appeal to all tastes, but for those who do choose to see it, it’s one of those films which will belay your attention. 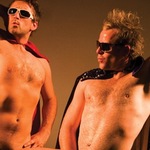 Comedy Review: Puppetry of the Penis 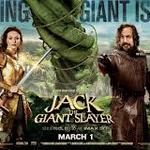 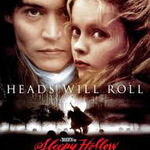