This review is courtesy of Samuel Williams from https://kindlyflickoff.wordpress.com/

The horror genre has really gone down the s-bend in the last decade or so. Some blame inexplicable popularity of ‘found footage’ movies, others blame the greedy studios who would reboot Birth of a Nation if they could spin a profit, a few blame the filmgoing public for having lower standards than a drunken sailor on shore leave, and others blame all three. Whatever the case, the market has become saturated with shaky-cam sequels and finding a genuinely horrifying horror film is like panning for gold in a sewer.

That brings us to It Follows, a demented, petrifying experience that put a great big smile on my face. David Robert Mitchell’s indie screamer keeps one eye on classic tropes while forging ahead with interesting ideas and bold execution. The film’s monster is simple but ingenious; an unknown malicious force that is sexually transmitted. Once passed on, the STDemon takes the form of a person and follows its victim around at a slow walking pace. That may not sound particularly scary but the film’s prologue establishes the threat quite clearly when it shows ‘It’ catching up with a previous victim.

With all the characters being teenagers and the unfathomable terror being transferred by doing the horizontal hula, you can be forgiven for mistaking It Follows for a Mormon propaganda film. But a bloody demise for those who dare thread the needle is basically par for the course when it comes to the horror genre, and It Follows just takes that convention and puts a fresh spin on it.

The characters are somewhat unusual in a horror film in that they actually are characters rather than cardboard cutouts. Our heroine -excellently played by Maika Monroe- is dynamic and compelling. The other teenagers are dopey nitwits, but that seems appropriate because most teenagers are dopey nitwits. Besides, they’re interesting dopey nitwits, with realistic emotions and fairly complex relationships. It’s not exactly Shakespeare but it’s a damn sight better than your usual jock-nerd-pretty girl-comic relief song and dance.

What really puts It Follows above its peers is how it approaches horror. Cheap jump-scares are few and far between. Instead the inevitability of this relentless force builds a sense of dread that smothers the film like a blanket knitted by Stanley Kubrick. What helps that is the quality craftsmanship that’s gone into the production. The script is well constructed and effectively paced, and there’s a lot of refined and creative camerawork. It’s a unique and clever little package.

That being said, there comes a point where it might be a bit too clever for its own good. The intricate camera shots, while impressive, are not always necessary. Most of the time, the dolly zooms and drifting takes magnify the foreboding atmosphere so it gets right under your skin and everything’s hunky dory. But there are several instances, especially towards the end of the film, where the director does something flashy but effectively useless. When the camera moves just to do something cool instead of adding to the story, it draws attention to itself and you break the audience’s immersion. When the audience is taken out of the film, they might start to notice things. Just to use a completely unrelated example, one might notice that a climactic showdown in a swimming pool that’s completely out of step with the rest of the film is a little bit silly.

While I’m picking holes, let’s talk about the score. During periods of relative calm and building suspense, the music is rather good; some eerie little synth tunes that sound like Twin Peaks by the way of Daft Punk. But whenever things start to heat up the composer must’ve become overwhelmed with excitement and passed out on the synthesiser, because the music blares like an elephant breaking wind through a vuvuzela, and it’s enough to make your ears bleed.

While annoying, these issues don’t come up often enough to drown out everything that’s great about It Follows. It’s a refreshing and potent horror experience that appreciates character, values technique, and knows what it means to be scary. 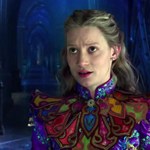 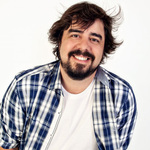 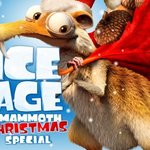