Marcus Pickens has a wealth of knowledge and enthusiasm for great wine, and currently works as a Fine Wine Manager at Glengarry. 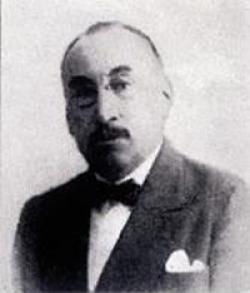 Côte des Blancs, the House of Salon produces only one Champagne, the Cuvée "S". This Champagne comes from a 6.2-hectare vineyard owned by Salon (Le Jardin de Salon, or "Salon’s Garden") and from 19 smaller parcels representing 55.8 hectare of vineyards in the famous Champagne village of Le Mesnil-sur-Oger. All sites are the originals and were all chosen by founder Eugène-Aimé Salon early in the 20th century.

Eugene Aime Salon had a dream of producing ‘the perfect’ champagne’ and appreciated finesse and depth of flavour in his wines of the area. When he was looking for opportunities the wines from Champagne were all a blend of ¾ Pinot Noir and ¼ Chardonnay but thought that the Pinot Noir grapes made the wines too heavy. To realise his goal of making the best possible Champagne, Salon knew he had to find the best area, the best vineyards in the area, the best grapes in those vineyards – and to use only the best juice in the ripest years. Too term him a fanatic would be very close to the mark. He enlisted the support of his brother-in-law (a cellar master), and together they began experimenting with Chardonnay grapes from many villages in the Champagne region. They ultimately chose Le Mesnil-sur-Oger, a small village south of Épernay in the Côte des Blancs (meaning only white grapes are growing here). Salon purchased approximately 30 hectares of Grand Cru vineyards and entered into long-term contracts with growers for additional grapes. He selected vineyards from three distinct microclimates, which together gave the fruit, acid, sugar, perfumed nose and exquisite balance Amié was seeking. The land that Salon purchased is today fabulously expensive, with Champagne land being amongst the most expensive wine land on earth.

By the early 1900s, Salon had produced a few vintages of his Blanc de Blanc (white of white) wine that he liked to consume and was very happy with what he was doing. All wines were Chardonnay, and the wine continues to be 100% chardonnay today.  When World War I was over, he was encouraged by friends to profit more fully from his wine, and in 1921 the House of Salon was created. House of Salon was headed by Salon until his death in 1943, when the enterprise was left to his nephew. Over the years, it was purchased by a few different major global drinks companies, but in 1988 Champagne Laurent-Perrier became the majority shareholder of Champagne Salon. Today, the House of Salon, along with its neighbour and sister house, Champagne Delamotte (the fifth oldest Champagne house, founded in 1760) are both internationally recognised. Both Salon and Delamotte are made separately at different premises, but do share resources. Obviously with the price of Salon and quality of grapes that come off their amazing Grand Cru vineyards, Delamotte benefits tremendously by the association. So little Salon is produced, and so few vintages declared that wine from years where no Champagne Salon is produced go into Delamotte’s resources.

Champagne Salon has actually produced very, very few wines given that their whole philosophy is to produce single variety, single vineyard, single vintage wines and despite the house being owned by larger producers, the philosophies Aime Salon put in place so long ago remain unchanged. Since 1921 they have taken to market just over 30 wines. The wines of Delamotte are going from strength to strength and more are imported here by Glengarry than there ever were available before. Try the four star Delamotte Brut N/V if the Delamotte Blanc de Blanc Vintage 1997 is too expensive. If not then I recommend the Delamotte Brut Rose N/V of which I had several glasses on Friday night. Rose Champagne, with its lovely onion skin colour adds just the right amount of colour to a celebration. If money is no object, or the size of the celebration is extensive, then only Champagne Salon itself will do. 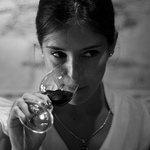 A Fear of Wine Bottled up Inside You 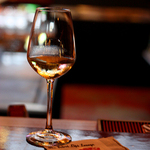 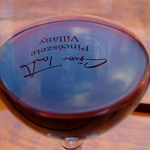