Sipping a lovely wine from Saint-Joseph (“Les Vins de Vienne” 2004) the other day, I suddenly realised that I had not drunk a bad Cotes-du-Rhone wine in ages. It is firstly unusual because Cotes-du-Rhone wines have not always been reputed for their consistency in quality (in fact 20 years-ago, more for their mediocrity), but secondly because I can certainly name at least one bad wine from each wine region I have been lucky to discover and taste. A few months ago, Decanter magazine – the reference for any wine-lover – was underlining how ‘hot’ and popular those wines are today after being criticised for quite a while. However, last week, touring in some stores training some people on the region, I realised knowledge on those wines was pretty sparse. If it is for you too, just carry on reading. If not, why don’t you go back to Talana, Jessica or whoever the hot chick is on the home page?

Anyway, the Cotes-du-Rhone region is the third largest wine region in France after the Languedoc-Roussillon (south) and Bordeaux. Also known as the Rhone Valley, it stretches along the Rhone river (or Rhine in German), from the City of Lyon to, roughly, Avignon also known as the City of Popes. To understand the Rhone Valley, I traditionally divide it in two parts: the north and the south. The north, the smallest one by far, is the home region of the prestigious appellations of Cote-Rotie, Saint Joseph, Crozes Hermitage, Hermitage, Cornas, very famous for their syrah predominant reds and Saint Peray (Roussanne or Marsanne grapes),  Château Grillet and Condrieu (Viognier) for the whites. For the record, Château Grillet is one of the smallest French appellation with less than four hectares. The wines from Cote-Rotie and Hermitage are among the best syrahs of the world. Very refined and tight when young, they have beautiful aromas of violets with an amazing silky texture that makes you say, ‘Wow’! The Saint Joseph and Crozes-Hermitage would be like little sisters (or brothers of the Hernitage) while the Cornas wines have their own, big, rustic and powerful style. The Condrieu are fresh, aromatic, intensely floral, slightly perfumed. They need to be dunk relatively young and are, to my knowledge, some of the rare expensive wines from the world that are not meant for cellaring. The whites from Saint Peray are pretty dry and floral with delicious notes of almonds.

Overall, there’s not much wine not worth discovering in that part of the Valley. However, being very small, prices can sometimes get pretty high, although you’ll never regret it.

In the south, syrah is still present but the King of the Kings is the (black) grenache, grape-variety predominant in most of the reds of the south. In this warmer climate than in the north this grape does very well. It is then the base of all those wines that we know over here as GSM: grenache, syrah, mourvedre. However, there can be many other ones. In Châteauneuf-du-Pape for instance, the most famous appellation from the south, up to thirteen grape-varieties are allowed; on top of the GSM are grapes as unknown as “Courvoise, Bourboulenc, Cinsault…” Most of the time, the style of the wines from the south is richer and warmer with a lot of plummy notes brought by the grenache. Prices for most of the Châteauneuf go from $50 to $180. However, it is possible to find great value in lesser appellations, such as Vinsobres (less than $30), Gigondas and Vacqueyras which are roughly the same kind of blend (GSM). Even a wine with the mere appellation Cotes-du-Rhone Villages can be of incredible value - the one from Rasteau comes to mind. 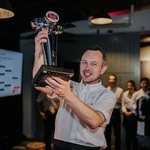 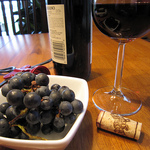 Types of Wine: Pick Your Grape 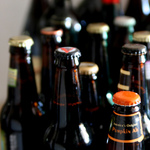 Climbing the Liquor Ladder: Going from Beer to Wine