Since the beginning of wine, people have placed ratings on the varieties they consume. Some people rate wine in simple turns: a thumbs up and a lick of the lips or a dramatic smash of a wineglass against a living room wall and a simulation of vomiting. Others prefer to rate it with set criteria, such as the 100 point scale. Used by magazines, editors, connoisseurs, and plain ol' John Q Wine Drinker, this scale carries a lot of weight: it has the ability to make or break a bottle. Every person views the 100 point scale differently: some think it is a way to purchase only the best tasting wine, others think it's a way for novices to learn how to not get stuck hanging out with the wrong grape. Some people swear by it, never taking a sip of anything without the 100 point scale looking on and nodding in approval. Others find it pretentious, biased, unrealistic and unfair. I fall into the latter category. To me, using the 100 point rating system allows for wine stereotyping: simply put, it's grapism.

There are many reasons I'm against the 100 point system. Not only do I believe that it too greatly dictates wine sales, but I also believe it causes certain vintages to feel bad: there is no need to decrease a wine's self esteem, especially when it so greatly increases ours. Overall, the main reasons I am against the 100 point system are as follows: it makes people rely on others opinions instead of their own, it relies on the reviewers state of mind, and, of course, it paves the way for a wine conspiracy.

Makes People Rely on Others Opinions Instead of their Own

No one can really argue with the fact that we all have different likes and dislikes: some people enjoy white wine, others hate it; some people love boxed wine, others think boxed wine is better in a bottle; some people think Merlot tastes like berries, others may simply swear it tastes just like chicken. For this reason, it's hard to give a wine rating scale too much credence. After all, relying on it is simply relying on the tastes of someone else, someone with tastes inevitably different from yours.

Relying on the tastes of someone else also takes away the individual's ability to make up their own mind. There may be a wine that received a dismal rating of a 73 and, because of the rating, it will never be tried by someone who, if given the chance, would discover it's the greatest wine that has ever touched their lips. On the flip side, there may be a wine with a rating of 95 that many people find unappealing. But, because it received such a high mark, they convince themselves that they like it, occasionally wrapping it up in their napkin and feeding it to the dog when no one is looking.

When it comes down to it, the 100 point rating scale tells people what kind of wine they should like and what kind of wine they shouldn't like; it simply tells people how to think and what to drink. Any concept that attempts to dictate likes and dislikes just doesn't work for a human race laden with individual tastes and differences. People should be able to make up their own minds and fill up their own glasses; give the 100 point scale to the lemmings.

Relies on the Reviewer's State of Mind

Another problem with the 100 point rating scale is that it relies far too much on the opinion of a small group of people, people with opinions that may be impacted by their state of mind. Take for instance a review by someone who is in a bad mood. Perhaps they just got in a fight with their spouse, bailed their child out of jail, or received an urgent letter from the IRS. Already feeling the pressures of life, they may find the wine they are sampling not nearly as enjoyable as they would if life did not have them down in the dumps. A somber state of mind may lead them to give a wine a rating of an 89, instead of a 90.

This may appear to be of little value. After all, the difference between an 89 and 90 is just ONE number. But, to the wine seller, it may as well be a hundred numbers. This one number can mean the difference between bottles selling out or bottles having to be placed on the discount shelf next to the Boones and the White Zinfandel.

This one number may also not be fair from a scientific point of view. Many scientists argue that reviewers can't logically determine the difference between an 89 and a 90; humans lack the fundamentals to make this distinction. In simple terms, our senses aren't keen enough to fairly determine what wines have an aroma and flavor deserving an 89 and what wines have an aroma and flavor deserving a 90. For this reason, the 100 point rating scale would be more legit only when wines are reviewed by bloodhounds.

It Paves the Way For a Wine Conspiracy

Okay, the concept of a wine conspiracy may seem a bit far fetched: it's not very likely that a wine bottle was really shooting from the grassy knoll. But, any time an entire industry is dictated by a rating system, the door to connivance is cracked open ever so slightly. There is always the possibility that certain wines are rated high because of reasons other than their fine characteristics. The rating doesn't even have to be assigned by a reviewer who is knowingly conspiring against a certain vintage; he could easily be unaware of his bias.

Perhaps a reviewer once had a bottle of Cabernet stain his new - and, of course, white - dining room carpet. He may subconsciously harbor a grudge against all the Cabernets of the world, forever assigning them a low number. Or perhaps a certain type of wine invokes pleasant memories - memories of touring France, memories of being in love, memories of holiday gatherings. These wines would likely receive a higher rating not because of their characteristics, but because they come packaged with pleasant recollections.

In dissecting the 100 point system, I can't help but wonder why wine is ranked when nothing else we consume is judged in a similar fashion; why isn't chocolate, or beef, or pumpernickel assigned a number? Why are Cheese Wiz and Golden Grahams overlooked? What about soda or beer or cooking oils? What about Campbell'˜s Soup? Without rankings, how do we really know that it is M'm, M'm Good?

When it comes down to it, the 100 point scale has no place in the wine industry. It takes away the opportunity for people to experience wine for themselves, leaving them preoccupied with only drinking wines that are high ranking. This perpetuates the absurd notion that wine is a drink of seriousness: people who consume it must be intellectual, sophisticated, and, naturally, have British accents.

Wine is fun and exciting and should be judged as so. In the end, the 100 point system deserves nothing but a zero. 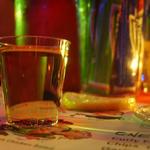 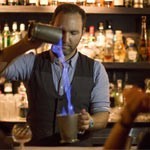 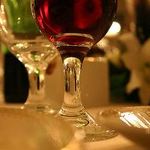 Bottle Shock: When Your Wine is all Shook Up